Diet and MS: looking at the research | Overcoming MS Skip to main content

Diet and MS: looking at the research

Following a healthy diet is important in reducing symptoms and preventing the progression of multiple sclerosis. Find the scientific evidence available showing results of following this diet. In The Multiple Sclerosis Diet Book, Drs. Roy Laver Swank and Barbara Brewer Dugan trace the rising consumption of fat in Western countries such as the US. In 1909, people in the US consumed on average 125g/day of fat. By 1948, this had risen to 141g/day, and by 1972, it was up to 150g/day.

The increase was even higher in Western Europe. Worse, in the US, the percentage of all calories from fat jumped in this period to more than 40% – up from an estimated 15% some 200 years ago. They also show that various countries’ daily fat intakes correlate with their MS rates.

In 1949, Dr. Swank enrolled 150 people with MS in his study and started them on his MS diet, which was very low in saturated fats. He meticulously examined the subjects and recorded their fat consumption for 34 years. There was no control group on a normal diet, but many of the patients were unable to stick to the MS diet, which allowed comparison between those who did (good dieters) and those who did not (poor dieters).

A number of papers resulted from the study, one of them in a leading medical journal, The Lancet, in 1990,3 and another in Nutrition in 1991. The results provide enormous hope to people with MS.

The Lancet paper reported results for 144 people. Of these, 72 were good dieters, consuming fewer than 20g/day of saturated fat. The other 72 could not keep fat consumption below 20g/day. Neurological disability was graded using a scale devised by Swank, which went from 0 (essentially unimpaired) to 6 (deceased). Point 4 indicated the need for a wheelchair, and point 5 was for patients confined to a bed and a chair. (Essentially, 2 points on Kurtzke’s EDSS scale corresponds to 1 point on Swank’s scale.)

Regardless of their level of disability at entry to the trial, good dieters did not deteriorate significantly. After 34 years, good dieters:

The results were best for those who started with minimum disability: 95% survived and were still physically active 34 years later, excluding those who’d died from non-MS diseases. Benefits were seen in all three groups, and even people with significant disability showed marked slowing of the disease if they stuck to the MS diet.

In contrast, the picture for poor dieters was terrible. Those with minimum disability at entry ended with an average grade of 5.3; i.e. bound to a wheelchair and bed. Those with moderate disability also ended up at 5.3, and those with severe disability ended at 5.6. Only 7% of patients who did not stick to the MS diet remained active.The death rate among poor dieters was extremely high: 58 of the 72 were dead by the end of the 34-year study, 45 of them from MS-related causes.

Swank noted that good dieters actually consumed just 16g of saturated fat per day on average, whereas those who did not adhere to the diet consumed 38g/day. Even for the poor dieters, this was a marked reduction from the average 125g/day they’d consumed prior to the study – yet it did not slow their progression to disability.

So even a big decrease in fat consumption did little. These numbers reinforce the message that the low-fat MS diet is an all-or-nothing matter. Merely reducing saturated fat consumption, even by two-thirds, as the poor dieters did, is not enough to make a difference. Saturated fat must be completely avoided, to the greatest extent possible.

Somehow this unique piece of research on diet and MS has been largely ignored. The single criticism of it argues that the neurological assessments were not blinded; i.e., the investigators knew which patients were good dieters when they tested them. While this may have introduced some bias, it is hard to see bias in assessing whether someone is bed-bound or confined to a wheelchair (or dead!), as most of the poor dieters were.

Swank’s diet for MS had a huge advantage over other tried therapies. Unlike a disease-modifying drug, which patients receive passively, the diet let patients actively control their illness with a major lifestyle change. The power that such control gives patients should not be underestimated, and it may have significant effects on their immune function and mental state as well. A suitably modified version of the Swank diet, taking into account modern data on fats, forms the centerpiece of the OMS Program.

Swank’s most recent publication about the surviving patients of his study provides more insight into the original work. Of the surviving 63 subjects, 47 had adhered to the MS diet. Swank had not seen them for 15 years after the original study ended, but at the 50-year mark, he was able to interview and evaluate 15 patients. Thirteen were from Toronto, 1 from Portland, Oregon, and 1 from Montreal. Their ages ranged from 72 to 84.

All 15 had remained on the low saturated fat MS diet for half a century. Of the 15,13 were essentially normal physically and walked without difficulty. The other two required assistance with walking. Swank concluded that if people with MS can rigorously follow the diet, consuming no more than 10-15g/day of saturated fat, they can expect to “survive and be ambulant and otherwise normal to an advanced age.”

In the same journal, an editorial on this follow-up study provided a biochemical explanation of why the diet for MS should work.8 It concluded: “The big question is: If their results are so stunningly impressive, why haven’t other physicians, neurologists, or centers adopted this method of treatment?” That is a big question indeed.

A number of other studies have been published on low saturated fat diets and MS. Published in 1984, written in French, and translated into Italian, German and Spanish, but not English, Kousmine’s book “Multiple Sclerosis Is Curable” outlines 55 cases she treated over a period of 19 to 26 years. She prescribed a diet for MS very similar to Professor Swank’s, and supplemented it with 1-2 tablespoons of cold-pressed oil (sunflower, linseed or wheat germ), and gave patients a cream substitute made from linseed oil.

Like Swank’s patients, Kousmine’s did remarkably well: most stabilized and a number improved. Of the 55 patients, 20 had progressive forms of MS and the rest relapsing-remitting. Eight dropped out after stopping the diet, but of those who stayed in the study, only one deteriorated due to MS, while four developed cancer and one scleroderma. In most cases, response to the diet was very good.

It is unusual to find studies of such duration in medical research, and we would be unwise to ignore the findings, even though the study was not a randomized controlled trial. Dr. Kousmine trained initially in science and then in medicine, specializing in pediatrics.

She wrote another book, entitled Be and Stay Well Until 80 or More, in which she outlined her views on the damage caused by typical Western diets high in saturated fats and processed foods. Of course, the medical profession now accepts much of this, but her views were strongly criticized at the time. Dr. Kousmine herself lived to the age of 88. Swank died aged 99. 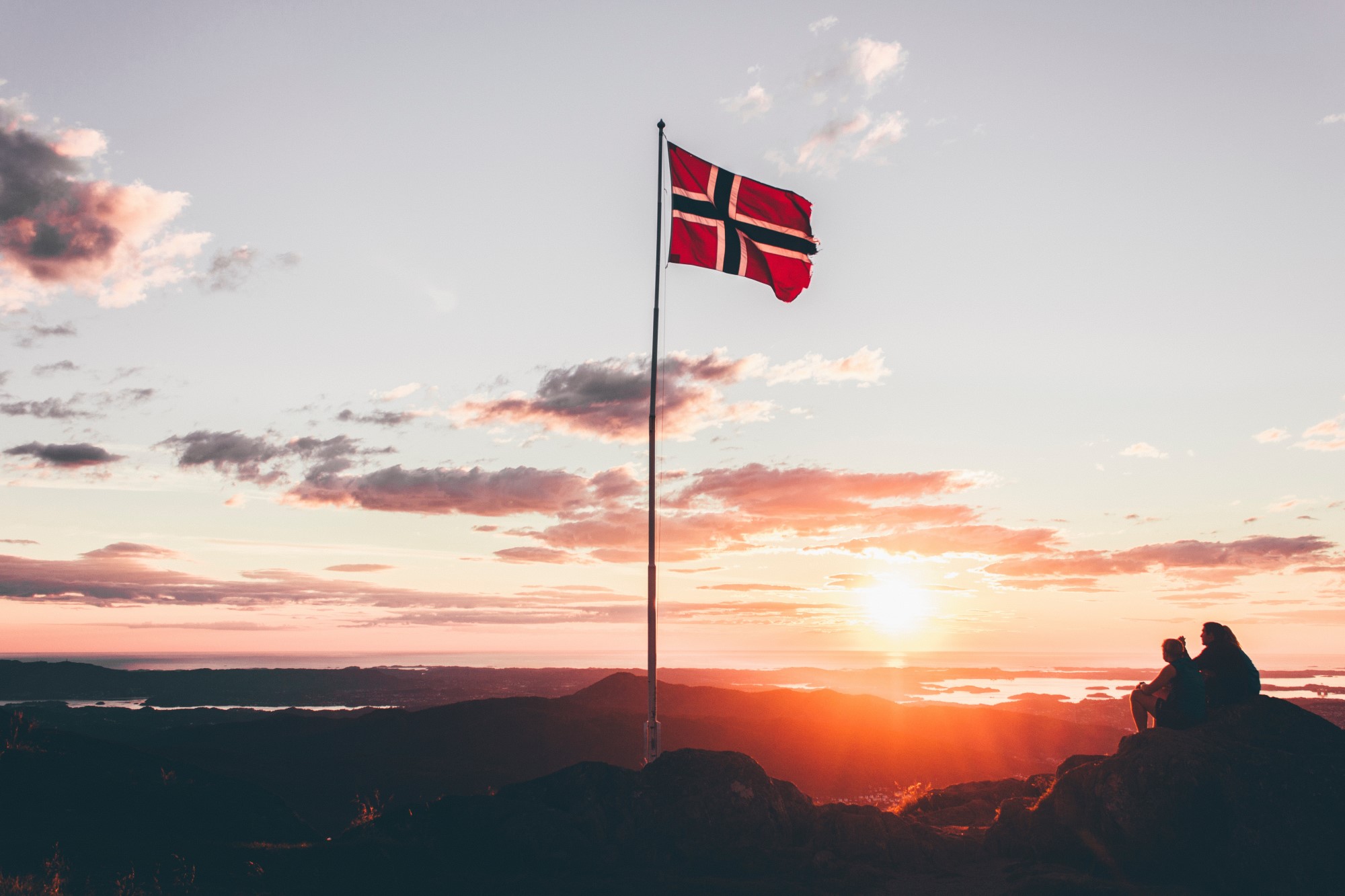 Just to show how much old news is being rediscovered in medicine, researchers from Norway have recently shown that a low saturated fat diet plus omega-3 supplementation was helpful in a group of people with MS, and suggested this area needs more formal study.

Other studies: First RCT on dietary fat and MS

In 2005, the first RCT on dietary fat in MS was published. Unfortunately, it was a small and brief study, but it is an important addition to the evidence base. In a one-year study, 31 patients with relapsing-remitting MS were assigned either a low-fat diet (15% of calories) supplemented with fish oil, or the standard American Heart Association heart diet, in which fat makes up 30% of calories, supplemented with olive oil.

Unfortunately, this was a relatively short study, and the maximal benefit in Swank’s study did not occur until at least three years in. Second, the fat reduction was not specifically directed at saturated fat, and both groups lowered their fat intake. Finally, olive oil is likely to offer some benefits, based on animal work in experimental MS.

Despite these issues, the study showed that patients felt better according to standard MS quality-of-life questionnaires. More important, their relapse rates fell significantly from pre-trial rates – even more so for the fish oil group, which showed about 0.8 fewer relapses per year, versus 0.7 fewer relapses for the olive oil group. These findings were statistically significant despite the small number of participants.

The MS community is crying out for more well-designed studies, and many believe that, following such work, diet may become a standard part of treatment in the future.

Other studies: Hormel and Mayo

Scientists at the Hormel Institute and the Mayo Clinic compared the fatty acid composition of cells in plasma in 14 patients with MS to those in 100 patients without MS.The cells of MS patients had significantly less polyunsaturated fatty acids than those of people without MS. More important, these fats had been replaced in the cells by saturated fatty acids. Two other studies have replicated the findings, yet there has been little further research in this area. These results offer another possible explanation of why a diet rich in polyunsaturates and very low in saturated fats might improve the condition of people with MS.

The evidence has only been touched on briefly here, but it is extremely convincing: dietary fats play a major part in the development and progression of MS. Dramatically cutting down saturated fats from all sources makes a huge difference. Evidence is emerging that polyunsaturated fatty acids play an important protective role in the CNS, and some researchers are calling for a reassessment of the role of fats in the development of MS.

In a few years, saturated fats may be viewed as just as important in the development and progression of neurological diseases as they are in heart disease. Scientists are now proposing that vegan diets with additional fish oil (plus vitamin D) can be used to prevent the onset of MS in susceptible people.