Anthony Talbot from Australia is due to participate in the challenging Molokai Surfski Race in Hawaii this weekend to raise funds for Overcoming MS. 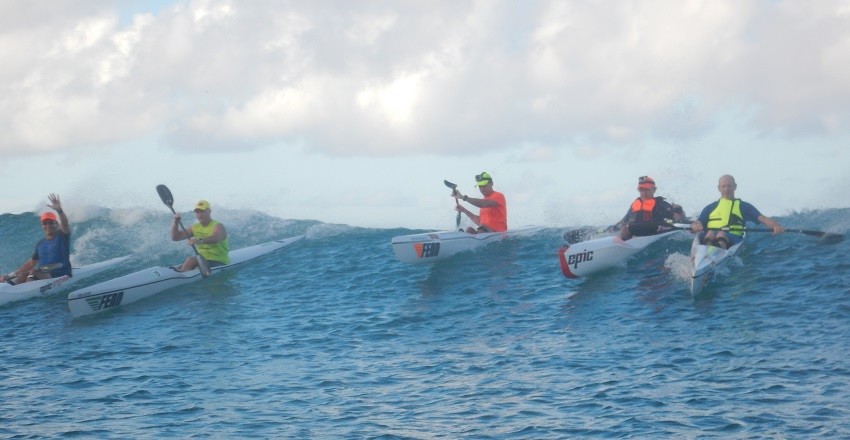 Australian OMSer Anthony Talbot, a surfski enthusiast is due to take on the challenging Molokai Challenge in Hawaii this Sunday, the 28th of May. Anthony was diagnosed with multiple sclerosis three years ago after discovering that he was no longer able to sit up on his surfski. He quickly found out about OMS online which he felt offered him real hope. Shortly after his diagnosis, Anthony attended an OMS Retreat at the Gawler Foundation in Victoria, Australia with his wife, Melody. There they learnt more about the evidence-based lifestyle changes that the OMS Recovery Program recommends. "I found George Jelinek, Keryn Taylor and Sam Gartland to be particularly impressive at the retreat and all three have been very supportive since." While attending the retreat, Melody immediately decided that if Anthony was to start following the OMS Recovery Program, then the entire family would too. Anthony has four daughters (pictured below) who he hopes are learning a lot about what foods they should eat to be healthy.

"I no longer eat meat or dairy and avoid saturated fats. I love vitamin D and flax seed oil (omega 3).  I meditate.  I exercise.  I feel more fit and healthy than I have for years, and believe that, like others following the Recovery Program, I am overcoming my MS." 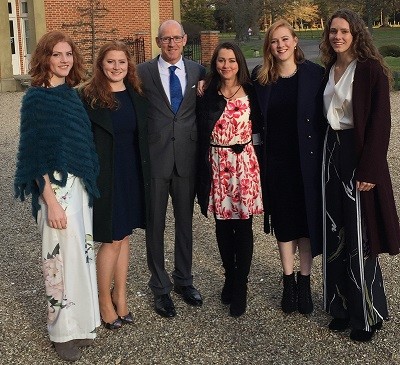 While Anthony's symptoms fluctuate, he feels that he hasn't had a relapse that rest and vitamin D haven't dealt with and doesn't have any new symptoms. "I am very fortunate to have a hugely supportive wife, Melody, and all my friends have been great. I've told everybody as I find keeping secrets stressful, and that doesn't help me." Anthony also chooses to surround himself with inspirational people: "I paddle with a group led by Guy Leech who has an iconic reputation in Australia as an Ironman Champion and health and fitness man. He has been a constant enthusiastic influence from day 1 of my MS, and all the group are incredibly supportive."

Taking on the Molokai Challenge

The Molokai Challenge is a grueling 53 km ocean ski race in the Kaiwi Channel taking place this Sunday. Anthony decided to complete the race in a relay team of two with his friend, Michael to raise awareness and funds for OMS. The World Surfski Series website describes the Kaiwi Channel as an "expanse of ocean between the island of Molokai and Oahu. It is considered one of the roughest ocean channels in the world when the ocean is angry." Due to the location,  the race is known to be a true test of endurance, skill and surf ski knowledge. But in Anthony's mind, the reason behind taking on this challenging event is simple:

"I'm paddling my share of the Molokai Challenge to raise funds for Overcoming Multiple Sclerosis because I'm able to, thanks to the OMS lifestyle I follow."

The teammates' fitness levels and weather conditions, including the wind and swell on the day, will determine how long it takes Anthony and Michael to complete the challenge. 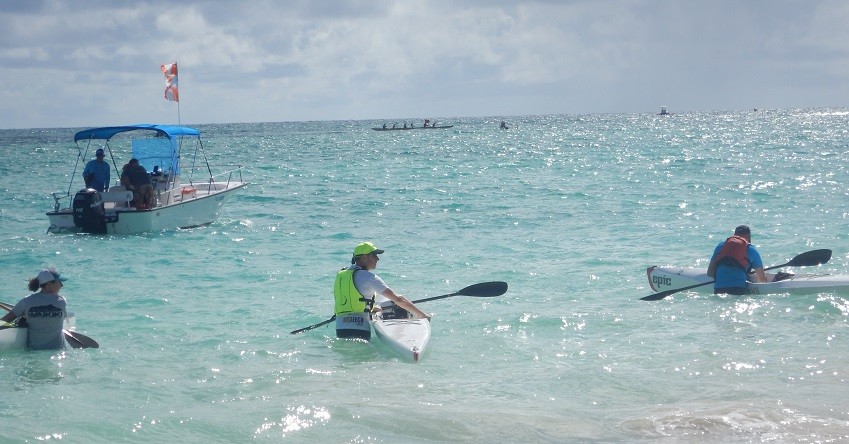 Because surfski's are typically 5.0-6.0 meters (16½-21 ft) long and only 40–50 cm (16-20 inches) wide, they are extremely fast when paddled on flat water and are the fastest paddled craft available over a long distance on ocean swells, Anthony explains. "Like Monty Pythons dinosaurs, they are thin at either end and wider in the middle. If you can't sit up and end up leaning back, your weight transfers off the wide bit to a thinner bit which makes you unstable and you fall in. When I first sat on one it was described to me as 'slippery as an eel'." "If MS hits me and I can't sit up, it's a problem! OMS seems the best way to me of combating that." Anthony explains that the race is considered the 'World Cup' of surfski paddling. "I'll probably paddle hard for a total of 2 or more hours. We will have a support boat should the worst happen, and my team mates can take over, but I think I'll be able to do my bit and well. It's 53 km in total, point to point, from Molokai Island To Oahu Island, across the Pacific Ocean with no land in between. It will probably take us 5 1/2 hours in total." Anthony has set up a JustGiving fundraising page and hopes to raise £5000 for our charity. He is about 85% of the way towards reaching his target. If you'd like to support him, please consider donating here. We wish Anthony and Michael all the best for their race on Sunday and are extremely grateful for their efforts in raising the profile of Overcoming MS.