Ever wondered if there are differences between countries in how people with MS fare? At the Neuroepidemiology Unit (NEU) in the Melbourne School of Population and Global Health at the University of Melbourne, we were pondering this question. 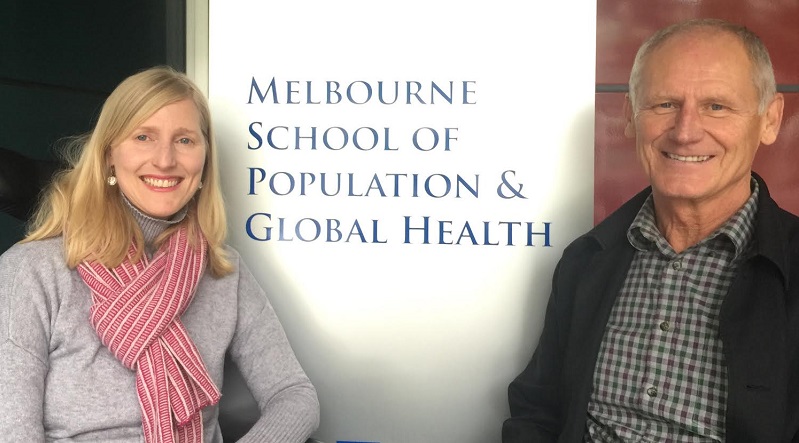 It arose because people with MS in Australia and New Zealand have long been exposed to information from the Overcoming Multiple Sclerosis charity and its predecessor Taking Control of MS, whereas for those in other countries, OMS has only more recently been brought into public awareness.

We wondered whether the impact of the OMS Recovery Program might have therefore been more noticeable in Australasia in comparison to the other two regions, that is whether Australasians with MS might have healthier living habits and better outcomes from MS.

While there is a bit of literature on differences in MS outcomes between countries, it is very variable due to different reporting instruments and mostly lifestyle habits are not measured.

To look at this, we used data from our HOLISM study. Two enthusiastic students from the Master of Public Health program at the University of Melbourne (Grace Reilly and Dr Awng Shar Mahkawnghta) did the hard work, literature reviews and crunched the numbers.

When we looked at health outcomes, again in line with our hypothesis, those in Australasia had significantly less fatigue and depression, better mental and physical quality of life, and less disability (Table 2).

Interestingly, sophisticated statistical modelling showed that these differences were accounted for by the lifestyle differences that favored Australasia in the sample, except for those differences in disability, where there also appeared to be other factors at play, factors that we hadn’t measured.

So after taking into account these lifestyle differences, and for whether or not these people were taking current disease-modifying drugs, which explained the differences in fatigue, depression and QOL between regions, those in Europe were still more than twice as disabled as those in Australasia, and those in North America nearly twice as disabled, defined as needing assistance to walk.

We surmised that there could be issues related to differences in the kinds of services that were available to people with MS in these regions that could explain this discrepancy, for instance rehabilitation services offered through MS societies.

Additionally, as our study was only at one time point, we couldn’t tell how long people had been adopting healthy behaviors, and disability occurs more slowly over time than the other outcomes we were looking at. So the take home message?

Once again healthy lifestyle habits have been shown to be central to better health outcomes for people with MS, with variations in such habits explaining most of the differences seen in important health outcomes between the major regions of the world.

While the research community awaits randomized controlled trials to prove the role of lifestyle factors in MS health outcomes, people with MS should have no hesitation in adopting the OMS Recovery Program; read the full paper here and be confident that the best available evidence to date strongly supports this path to better health.

More research from the NEU: