A good mindfulness-based stress reduction course includes a study unit on the physiology of the stress response in humans.
stress
mindfulness

“Oh, why does everything awful always happen to me?” wailed the blonde in the dumb movie my kids were watching.

I paused in the doorway of the TV room, laundry basket in hand, and peeked in. People on screen were bopping each other on the head, while the pretty girl busied herself with a manicure.

When she broke a nail, her composure broke, too. She just lost it. All at once, I empathized with her completely. I knew just how she felt, and I knew this was obviously nuts; it’s not right to fall apart over such a little thing.

Stopped in my tracks, I sank down on the saggy couch alongside the kids. It was beautiful day outside, spring time in Philadelphia.

Normally I would have organized an outing to the park, but I was newly diagnosed with MS, and too fatigued to think straight, let alone pack a lunch and mount an expedition for three small children.

I thought I could do housework, but now I gave up on that, too. I was so depleted in those days, so empty of strength or resources of any kind, that any obstacle, large or small, felt like too much to bear – was too much to bear.

I had yet to discover the medicine of mindfulness, or concern myself with the bodily processes of ill health that had overtaken me.

I was reminded of the melodramatic scene recently, when I saw a research study that investigated the importance of person’s perception of stress.

It turns out that it really matters how we regard stress. The study found a high rate of negative health outcomes among people who reported on a survey that they have “a lot” of stress in their lives, and who also reported that they believe stress has “a lot” of impact on their health. (That is, these respondents circled the fifth option on a five-point scale – “a lot” – for those two questions.)

This was a large study involving more than twenty-eight thousand people over eight years, and it seems to be saying that if you believe stress is gonna kill you, it just might. Those two views held together – “I’m stressed to the max!” and “This is killing me!” seem to act synergetically, in a negative way, all the way to the point of increasing risk of premature death by as much as 43%. 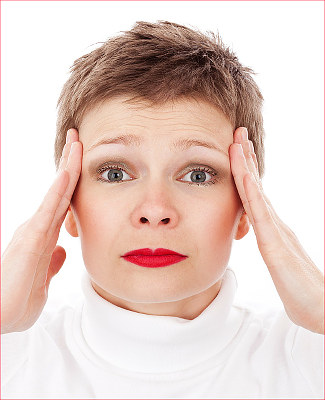 The physical forces of stress

In other words, it matters what we know and believe about stress in general. When I was newly diagnosed, and knew vaguely that stress and MS have something to do with each other, I thought every bit of stress that came my way was a horrible thing, and I thought there was nothing I could do about the situation.

Luckily, a self-preservation instinct kicked in and triggered some investigation on my part. When I became curious about the word 'stress' and its etymology, I quickly learned that stress is an important term in engineering.

Stress is a technical term meaning pressure, as in the expression, 'a force exerted on a deformable object'. (Poor me, thought, I am a deformable object!) In engineering, strength is measured as the amount of stress a material can take without deforming or breaking; resiliency is its capacity to hold or recover its shape.

In short, there is a balance of forces at play here. There are ratios of external force to countervailing internal forces. Concrete piers beneath a bridge possess a strength that enables the bridge to bear a load of cars.

By analogy, I am in possession of internal forces – actual stuff inside – that can be weaker or stronger, and more or less able to handle pressure. In this way I began to develop a point of view and a line of reasoning about stress. Until then I had I never even stopped to consider, for example, that nerves are real things. In the old days, nervousness was 'all in your head', not real somehow.

Neuroplasticity, the capacity of the brain to grow and change in adulthood, was not yet a widely recognized concept. All I could think was “this is the way I am.” It was no fun at all to see myself in the screamy-meemy on the TV. Have you watched the new OMS stress animation? There is a TedEd animation, too, and a National Geographic video on The Science of Stress. In them, watch and see how a constant barrage of stress hormones damages nerves and actually reduces them in number.

'A good mindfulness-based stress reduction course includes a study unit on the physiology of the stress response in humans: how it works, why it can get stuck in the damaging "on" position, and how to use one’s power of attention to build up resources to meet stress head-on and minimize its impact.'

A good mindfulness-based stress reduction course includes a study unit on the physiology of the stress response in humans: how it works, why it can get stuck in the damaging 'on' position, and how to use one’s power of attention to build up resources to meet stress head-on and minimize its impact.

Such a health-orientated meditation course also includes some gentle yoga. The famous one-legged tree pose is unlikely to be in that curriculum, but years later when I finally gave tree pose a try, I heard the instructor say to apply pressure in both directions, from the elevated foot against the standing leg, and from that leg back to the foot pressing on it, giving as good as it gets, to create a balance of forces.

Mindfulness meditation is also an exercise in balance. We can restore balance only by slowing down until we actually experience the present moment as fully as possible.

The shock of a diagnosis brought me to such a stand-still moment – or rather, a sit-down moment, on the day I heard my cry of anguish echoed on the TV. Mindfulness serves to build up actual physical resources inside, including nerves and everything needed to help them work right.

Mindfulness offers resiliency, when we think we have none. Maybe the first resilient thing I did after my diagnosis was simply to stop and rest at that moment. I felt sorry for the girl in the movie, and I think that was the beginning of having some degree of compassion for myself. Anyway, I learned, there are worse ways to spend a Saturday afternoon than resting with your family.