Fat is bad for the brain

Fat is bad for the brain

Scientists now say that it is possible (with a diet so high in fat that it causes obesity) to alter the immune cells in our brain to such an extent that they become sedentary and start consuming the connections between our neurons, resulting in shrinking cognitive ability

It sounds like the stuff of some rather low-budget horror film, but scientists now say that it is possible (with a diet so high in fat that it causes obesity) to alter the immune cells in our brain to such an extent that they become sedentary and start consuming the connections between our neurons, resulting in shrinking cognitive ability.

Scary, but reversible, says Dr. Alexis M. Stranahan, neuroscientist in the Department of Neuroscience and Regenerative Medicine at the Medical College of Georgia. But, if the mouse model is to be believed, following a low-fat diet for just two months reverses this trend, as the weight normalises.

Too much fat in the body, explains Stranahan, produces chronic inflammation, which stimulates microglia (the active immune defence) to have an autoimmune response.

What happens in obesity is they stop moving,” Stranahan said. “They draw in all their processes; they basically just sit there and start eating synapses. When microglia start eating synapses, the mice don’t learn as effectively.” Stranahan’s study featured normal male mice. One group ate a diet in which about 10 percent of the calories came from saturated fat, and another consumed a diet of around 60 percent fat. Other factors were equal.

After four weeks, all mice were faring similarly, except for those on the higher fat diet getting fatter. By 12 weeks however, not only were this group obese but cytokine levels (which are produced by the microglia when they start getting activated and angry) were elevated, and there was a reduction in the markers for synapse number and function in the mice’s hippocampus – the centre of learning and memory.

When the mice on the high-fat diet were switched to the low-fat version, their weight returned to normal within about two months. And once back on a low-fat diet, Stranahan maintains, these cellular processes in the brain can be completely reversed, and cognition maintained. 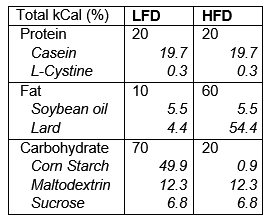 MS & weight loss: Full guide on how to lose weight with Multiple Sclerosis

Losing weight without trying can be very unnerving, especially if you have MS. Weight gain tends to be more common than weight loss in PwMS, but there are a number of symptoms and medications that can cause fluctuation. Exercise can help build muscle mass after weight loss, as well as improving MS symptoms and mental wellbeing. A carefully considered diet, as well as better quality sleep and lifestyle changes, can help you manage MS weight fluctuations
Dislike 0
0
0
Login Register

Losing "too much" weight on the OMS diet

The issue of losing "too much" weight on the Overcoming MS diet is a frequently-asked question by those who follow the program.
Dislike 0
0
0
Login Register