HOLISM does it again!

The evidence is unarguable: in this large international sample of people with MS, those who live healthier lifestyles have significantly less disability!
NEU Research
HOLISM study 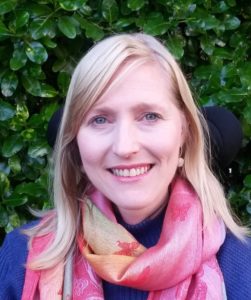 Over the years many people with MS have made comments about healthcare professionals telling them there is nothing in diet or omega 3 supplements or exercise for example in preventing progression of the disease. Some have been told there is no evidence or study to support such a preventive lifestyle approach.

While the new book Overcoming Multiple Sclerosis: The Evidence-Based 7 Step Recovery Program by Professor George Jelinek does go some way to addressing that very issue of evidence, given that it has around 1,000 references, there has actually been a problem with the evidence base around the lifestyle risk modification approach.

But since factors that contribute to increased or decreased disability probably affect one another, this approach of studying things in isolation doesn’t help us fully understand what is going on.

Since the body is a system, we need a systems-based approach to understanding what leads to disease. Until now no research group had attempted to quantify the potential contribution of all of the lifestyle factors to disability in people with MS.

Enter the HOLISM Study! Researchers at the Neuroepidemiology Unit (NEU) of the Melbourne School of Population and Global Health at the University of Melbourne have been conducting this study since 2012, collecting and analysing data from 2,500 people with MS from 57 countries, examining the full suite of lifestyle factors and disease outcomes for those people.

To date, they have published a dozen or so papers looking at the individual risk factors for progression, drilling down in fine detail, for example in diet, to uncover the relative importance of fruit and vegetable, fat, omega 3, fibre and fish consumption.

Now they have put all of the factors together into the one sophisticated statistical model looking at the association with disability of each of the factors combined.

This helps us to understand how some factors affect one another as well as the unique contribution that individual factors have to disability after taking other factors into consideration.

For the first time, the research community and people with MS everywhere can see the relative importance of each of these factors as determinants of disability in this group of people.

And what stunning results! Published in the prestigious journal PLOS ONE, the world’s biggest medical journal and flagship of the Public Library of Science in the USA, the paper shows that very healthy diet, more exercise, not smoking, taking plant-based omega 3 supplements and moderate alcohol consumption have the strongest associations with less disability, after controlling for all other factors including medication use.

The disease-modifying MS drugs were also associated with less disability and fewer relapses, confirming results from some of the clinical trials on the medications.

Lead author Professor George Jelinek said "This is important and exciting news for the MS community. Our findings on the strong associations between healthy lifestyle behaviours and less disability in this large international sample lend considerable weight to our long-held hypothesis that a secondary preventive approach to MS management is not only feasible, but should be much more widely adopted."

The OMS community has reason to celebrate this important new evidence from the NEU. It provides considerable support to the ongoing efforts of OMS to change the paradigm of MS management from a drug-only approach to a more holistic one, with attention to lifestyle risk factors in combination with the best available medications where appropriate.

The evidence is unarguable: in this large international sample of people with MS, those who live healthier lifestyles have significantly less disability!