The HOLISM Study: what more have we found? | Overcoming MS Skip to main content

The HOLISM Study: what more have we found?

The HOLISM Study: what more have we found? 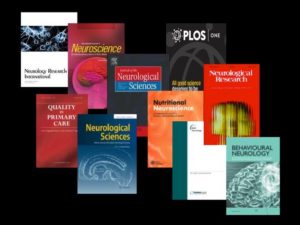 In July 2014 we posted an update of our HOLISM study conducted by Professor Jelinek and his team. Now at the Neuroepidemiology Unit of the Melbourne School of Population and Global Health at the University of Melbourne, the research team has been very busy publishing further important results from the study.

Just as a reminder, HOLISM is an ongoing longitudinal observational cohort study (a fancy term meaning we are observing how the large group of people with MS progresses over time and what influences that progression) of 2,500 people with MS from 57 countries around the world.

Our last post noted that we had published papers on the role of diet and exercise in MS health outcomes. Since then we have published much more widely on other elements of the OMS Recovery Program, in a range of more prestigious and important journals.

So now we have also published on meditation, latitude and vitamin D, medications and the number of other illnesses a person has, and their associations with the health of this large cohort of people with MS.

Aspects of the OMS Program: Meditation

In a sense, there were no surprises in what we found; in its own way though, that is something of a revelation, that what were hypothesised back in 1999 from a review of the literature as being important factors influencing the health of people with MS actually are!

So we found that people with MS in the sample who meditated more frequently had significantly better mental health, physical health, overall quality of life, emotional wellbeing, energy, perception of their own health, and cognitive function and less distress about their health.

All from simply meditating! If there was a pill that did that, everyone would want some! We also found that those meditating more frequently had less depression.

Published in the journal Behavioural Neurology, these were very important findings that have received little attention before in MS research. You can read the papers here and here.

We then looked at whether the use of disease-modifying drugs had any association with quality of life or disease outcomes, publishing these results in the journal Neurological Research.

Around half the sample was taking one of these drugs. Of all the medications, only glatiramer (Copaxone) was associated with better quality of life.

Those who had been on one of these medications longer than 12 months had a modest (24%) lower rate of relapses than the rest of the sample.

One very concerning feature was that the more medications people were taking, the worse their quality of life, and quite markedly.

You can read the paper here.

Taking higher vitamin D doses was associated with incrementally better quality of life. Of course, we don’t recommend going above 10,000IU a day, except for a megadose when blood levels are very low.

Next we looked at whether having other illnesses made MS worse, as has been previously suggested. Published in the world’s biggest medical journal, PLoS One, our paper showed that the more illnesses a person with MS has, the worse their quality of life, disability and likelihood of relapses.

As expected, healthy lifestyles predicted having fewer illnesses, so following the OMS Program can lead to better health through reducing the risk of other illnesses as well as its direct effect on MS.

So following the OMS Recovery Program is a win-win-win situation! Better health related to MS, but also the probability of less depression and less fatigue.

Again these papers were published in major medical journals, with the depression paper in BMC Psychiatry and the fatigue paper in PLoS One.You can read the paper here.

Finally, a really important piece of research was published in Neurological Sciences. We wanted to compare the health of people with MS in the sample who had engaged with the OMS Program by going to a retreat, reading the OMS book, and visiting our website against those who hadn’t done that.

Astonishingly, those engaging with the Program had 33% and 23% better physical and mental quality of life, one third the risk of significant fatigue, and one-tenth the risk of depression!

Again, of all the other therapies available for MS, there is nothing out there that currently can provide this sort of outcome. So overall, our research strongly supports the pillars of the OMS Recovery Program.

Blog from Dr Sandra Neate from the NEU who spoke on this fascinating topic at the Edinburgh Event in June.
Dislike 0
2
0
Login Register

Dr Claudia Marck and Emma Barnard from the Neuroepidemiology Unit (NEU) explain the results of their study and give seven practical tips to help you follow the program.
Dislike 0
3
0
Login Register

Dr Jonathan White gives his view on the three-year follow up results of the STOP-MS study which aims to investigate whether people with MS who attend lifestyle retreats, show improvement in symptoms after adapting their lifestyles.
Dislike 0
0
0
Login Register

A lead reseachers view. A new research paper from the Neuroepidemiology Unit (NEU) at the University of Melbourne aimed to investigate whether people with MS who have attended a lifestyle retreat are leading healthier lives three years later.
Dislike 0
0
0
Login Register