Kate is on a sabbatical | Overcoming MS Skip to main content Kate is on a sabbatical

“But you can’t possibly have MS Kate, you can walk!" One of the first of many interesting comments said to me while I waited for the MS results last year.

“But you can’t possibly have MS Kate, you can walk!” One of the first of many interesting comments offered up to me while I waited for the results last December.

I didn’t really know how to respond – I think I nearly apologised for not being ill enough. I’ve been feeling pretty ropey for the last eight years.

Bouts of vertigo and migraine were misdiagnosed as labyrinthitis for over a year, and then finally labelled as migraine associated vertigo after traipsing from one specialist to another, most of whom did that staring in to the middle distance thing, busying themselves scribbling notes and ignoring me as I sat in a crumpled, sobbing mess.

Ushered out armed with endless prescriptions for preventative medications, none of which worked, I stumbled on with my life, trying to keep positive.

There were periods when things weren’t too bad and I successfully retrained and set up as an interior designer six years ago, completely naïve to the levels of stress my new choice of career would throw up.

After a particularly bad vertigo attack and feeling generally pretty rotten, my then neurologist (there have been a few), decided to get me fully tested.

Four gruelling days later, I was told I had lesions on my spine and brain. At this point I didn’t know what that meant. Neither was it explained to me.

I was told I had had an episode of myelitis but it was receding and that was that. It was not discussed further. At all.

Instead the focus was placed on the migraine-associated vertigo and they promptly put me on preventative medication.

A few years passed by and I just learned to put up with bouts of vertigo and imbalance. And then, just to really ramp up the misery, I hit menopause.

All are listed as signs of peri-menopause. But then if you type any of those in to Google and add MS they’ll be listed as common symptoms.

Things just got worse and worse. I knew in my gut something just wasn’t right. You weren’t supposed to feel this rubbish all the time. And of course the longer I was ill, the more my world started to shrink as I dreaded going out and having to deal with busy, noisy places where my balance and cognitive abilities just fell apart.

"In October, almost overnight, the left top part of my face and head started to itch, which progressed to feeling like someone was thwacking me with stinging nettles, topped off with something resembling root canal pain. It continued, on repeat, day in, day out for two months. I was also experiencing fatigue on a level I had rarely experienced before."

I shuffled through 2015, feeling wretched and having to deal with some extraordinarily toxic clients who caused huge waves of stress to course through me over the space of a few months. In May I had a massive vertigo attack that put me in bed for a month. I never really recovered from it.

In October, almost overnight, the left top part of my face and head started to itch, which progressed to feeling like someone was thwacking me with stinging nettles, topped off with something resembling root canal pain.

It continued, on repeat, day in, day out for two months. I was also experiencing fatigue on a level I had rarely experienced before.

It felt like I was having the life sucked out of me. I really was beginning to get to the end of my tether. Without doubt I was reaching the darkest place I have ever been in my life. SOMETHING IS NOT RIGHT I wailed in to the night, as I lay alone, frightened, isolated and deeply distressed.

A call goes in to my neurologist (no.4). “Hi, I’m really not feeling very well. Something’s just not right. I think this could be trigeminal neuralgia (I’d been on Dr Google – again). I want an MRI – now.”

The response was interesting. “The ‘facial phenomena’ would not show up on an MRI but if it would put your mind at rest then of course we can organise it for you Kate.”  After I’d simmered down from feeling completely patronised, I said yes, I would very much like to have it done. The MRI was done a week before Christmas. I went home for the holidays and tried to put it all to one side for a few weeks. 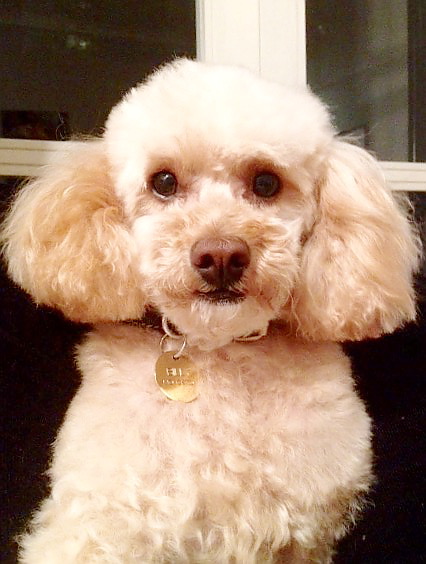 January 2016. New Year – New You! The mantra so often announced by so many as the New Year begins. Well, it certainly applied to me this year, but not because I was going to finally join a Zumba class and cut back on the Pinot Grigio.

The confirmation that I had MS was presented by one of those super academic kinds of guy who forget that they are talking to a real person and just present you with the facts.

I knew I didn’t really want to be in his consulting room anymore when, in response to me saying I had an active interest in holistic therapies and used acupuncture to help my on-going stress related neck pain, he told me that if I wanted to believe in ‘mystical therapies.’

That was fine but really I needed to go home and think about whether I wanted to start DMTs. That was it. Nothing else. Just, you have Multiple Sclerosis, let me know if you want to take drugs

The next few weeks were a mix of a sense of relief I finally had confirmation that I had a reason to feel so ill, plus disbelief, confusion and a growing sense of fear of what the future held.

I started to tentatively look at a few MS groups on line and backed away very fast – it all seemed quite frightening and rather reactive to be honest. I just cried for a solid week.

And then, by chance, an old friend contacted me and I told her the news. She told me about OMS. I thanked her and went back to bed for the rest of the day.

I plucked up the courage to take a look a few days later and was immediately drawn to the positive and proactive stance of the website. I soaked up the stories, I ordered all the books and marched (well stumbled) down to the department store and bought a NutriBullet blender.

Restorative yoga classes were immediately attended and a meditation course booked for April. It all made sense to me – why would you NOT look at your lifestyle and diet choices when it’s been proven that what you eat and how you live your life can play a huge part in how your MS progresses.

It’s a no brainer. With my newly acquired sense of positivity and working with what my gut instinct was telling me, I knew that I would avoid taking any form of suppressant medication if I could help it and instead wanted to take an holistic approach to my recovery.

Functional medicine looks at the causes not the symptoms of disease and chronic illness. They often treat patients who have exhausted all conventional routes of treatment without success.

I was extremely lucky to be introduced to a leading functional medicine practitioner and went to see him in March, having had specific blood tests done beforehand.

Super passionate about what he practises, he went through the blood tests, asked a lot of questions about my life (past and present) and got me to write down my symptoms wish list – what do I want to be rid of basically. Turns out the three pathogens I was tested for all came back positive. A lot of science later, his view boiled down to the fact that if I could knock out these pathogens, the process that resulted in an MS diagnosis could be reversed. 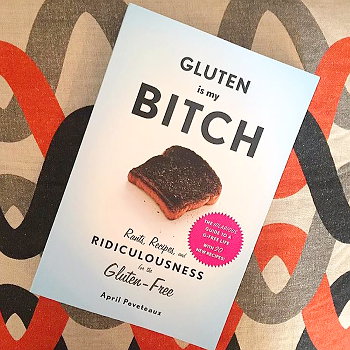 Now, I don’t know if it’s going to work, but while my MS is still under discussion as to what conventional treatment I should consider, I might as well give it a go.

I’m doing whatever it takes, so I’m adding the recommendations of this practitioner to the guidelines of the OMS program, along with moving to the countryside to really concentrate on my recovery.

Who knows – I could be back in the proverbial saddle by Autumn. May 11th is D-Day for me. I leave all the deafening noise of local builders that central London is now synonymous with, to my lovely peaceful country idyll where I will be meditating, attempting gluten free cooking (as per the recommendations of the functional medicine practitioner and also those of Roy Swank) that looks vaguely appetising, doing the odd yoga move and generally listening to what my body needs as I recover.

Please do follow my progress over the next few months. I’m hoping there’ll be some humour in my discoveries, but most of all, positivity.

If you’re on Instagram, you can find me there too. Just look for @interiorskate or #kateisonasabbatical I’ll finish by saying that I consider myself as lucky. Lucky that I have the most wonderful parents who are the only reason I am able to make this particular journey of recovery.

Without their support I am very aware that things could be very different. I’m also lucky to have a few very wonderful friends who have really stepped up over the last few months. And last of all, lucky to have my sidekick Billy, the cuddliest little dog in the world – fact. Lucky Kate – that’s me.