Kate is on a sabbatical 2: everyone smiles in the countryside | Overcoming MS Skip to main content

Kate is on a sabbatical 2: everyone smiles in the countryside

Well, I made it, everything still intact including my sanity. I left Mr Misery Guts behind in a box marked Do Not Recycle...

Well, I made it, everything still intact including my sanity. I left Mr Misery Guts behind in a box marked Do Not Recycle. I’m writing from my lovely desk (in storage for over a year), looking out in to the garden as the sun pours through the windows and the local menagerie of birds happily hop and chirrup around the garden.

I’m wondering if there’s ever a time when birds ‘cross pollinate’ so to speak, like if a blackbird is rather keen on a sparrow and tries his luck for example.

As you can see, I’ve become easily distracted, having the concentration span of about three minutes it would seem. Not sure if it’s the MS or I’m just getting old.

Possibly both. So, what have I achieved over the last month? I’m proud to say quite a lot, although yesterday when I sat in a heap, tears rolling down my cheeks, telling myself what an absolute failure I was, it didn’t quite feel like that.

There’s a lot of that going on at the moment (emotional highs and lows that is) but more of that later. One of the things on the OMS checklist is meditation and I signed up for a 4-day course that started at the end of April.

An ancient form of meditation, Vedic Meditation is extremely easy to learn and doesn’t involve sitting in a tepee chanting, wearing beads (much to my dismay) or being naked (much to my relief).

Once you’ve got the hang of it, you’re off and running. The hard bit is to keep up your twice-daily 20-minute meditations – easier said than done.

I have so say, I’m absolutely 100% sure the move down from London to the countryside would have been a hell of a lot more stressful and exhausting if I hadn’t already incorporated meditation in to my life.

It’s a bit of a game changer for sure. Once I’d got that under my recovery plan belt, I set about packing for the big move.

It’s never easy moving and I loathe change, but attempting it when your cognitive abilities are not what they should be and you feel like there’s some evil pixie constantly stealing your energy, definitely makes for an interesting experience. I’m not sure I was fully aware of what was going on half the time, but maybe that was a blessing. 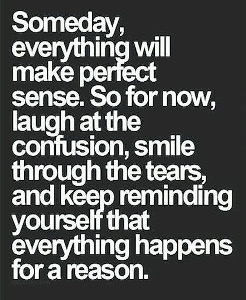 In the midst of hitching up the wagons, I went back to see the new(ish) MS specialist. He’d had a chance to look through all the MRIs over the last four years and had news for me. I’d had an MRI in January 2012 for a slipped disc.

He saw from the MRIs there were lesions showing up on my brain and spine. Nothing was mentioned at the time. Nothing. I trundled through 2012 and ended up in hospital in December of that year when I felt so dreadful my then neurologist wanted to do some tests.

They mentioned in passing that I’d had some myelitis on my spine but not to worry about that, my problems were all migraine based – apparently. What they failed to notice was a new lesion tucked behind my brain stem and another new lesion on my brain.

Or the old lesions from earlier in the year. Add all of these undocumented lesions together and you end up with a diagnosis of RRMS.

I still, a month after being given this information, find it hard to vocalise how I feel about it all. I think I’m quietly still in a state of disbelief to be honest.

The lack of due care by people you are supposed to trust and put your faith in is extraordinary. I don’t know why neurologists feel it’s better not to tell you you’re potentially on the road to an MS diagnosis. Perhaps they feel it would create unnecessary worry.

Personally if someone had told me four years ago that I should keep an eye on my diet, lifestyle and work levels, I might have stopped smoking straight away, cut down or stopped eating animal fats and taken a long hard look at my extremely stressful job.

As it was, I knew no better and, as a natural grafter, carried on plugging away, even when there were times when all I wanted to do was crawl under a client’s dining table and fall asleep for a hundred years.

I’ve decided that it should become LAW that all neurologists be forced to read all the OMS literature and follow the OMS blogs so that they can fully understand how REAL people living with the condition actually feel, that there are no hard and fast ‘rules’ as to what symptoms make up an MS diagnosis and what can happen if you are proactive and positive about your future. I’m tempted to create an OMS (gluten free) sandwich board and march up and down outside Queens Square. My neurologist is thankfully very aware of OMS (that alone makes him a lovely man) and for now I’ve been advised to really just take things one day at a time, get myself settled in my new home, keep up the meditation, yoga and OMS program and we will meet up again in July to discuss where we’re at, which seems like a sensible plan. 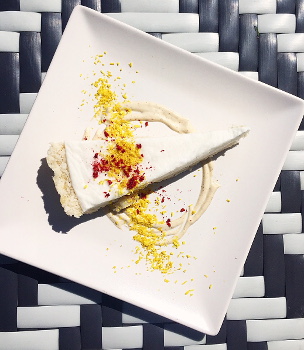 Taking it all onboard

One thing I’m struggling with is the emotional highs and lows of it all. I’m quite a pragmatic sort of person so I can see that I’ve taken on quite a lot of tough information over the last three months, as well as moved home within a month of looking for somewhere.

One day/hour I can feel quite positive about my future, the next day/minute I’m slumped in a corner, sobbing uncontrollably. I think there’s a pot of denial on the stove that I haven’t really taken the lid off and stirred properly yet.

The ‘what ifs?’ haunt me on occasion. What if I’d got diagnosed earlier - would less damage have been done? Will things get worse? Why did I get it? Could I have stopped it happening?

Am I really going to become Tena lady? Etc, etc, etc… I know there are no solid answers to these questions but it’s hard to suppress them sometimes. It’s also hard to be positive all the time, particularly for someone who has always viewed life as a less than half full glass.

But, I’ve decided to chalk it all up to life experience. I do believe this diagnosis is a major game changer for me, a life tipping point perhaps. I believe things happen for a reason, and maybe this is all telling me something. I’m still working out the whole message, but at least I’m taking steps to understand it.

My buddy arrives tonight for a weekend of vegetarian and vegan cooking experiments. I have bought every kind of alien cooking ingredient I could find in the ‘alternative’ aisle of the supermarket and hopefully we’ll end up with something I can survive on while I fantasise about the raw vegan lemon tart they serve at the place round the corner from my London flat that I dream about on a daily basis.

So, with spatula in hand, I wish you a happy June. See you on the other side of the mung bean stew. Peace and light people (God, I really am turning in to an old hippy).