Kate is on a sabbatical 3: watching the dust settle | Overcoming MS Skip to main content

Kate is on a sabbatical 3: watching the dust settle

Kate is on a sabbatical 3: watching the dust settle

The month started with a visit to my menopause specialist. It’s been a tricky business trying to balance menopause versus MS symptoms – which is which?

“Where did the month go?” I mutter as I look through the diary, scanning June’s output.

It certainly seems to have been a packed month, filled with friends coming to stay, traipsing up to town for appointments with specialists, attempting some gluten free and vegetarian recipes (with varying success) and generally getting to grips with life in the countryside.

The month started with a visit to my menopause specialist. New blood tests showed that malabsorption of the bio-identical cream had resulted in menopause symptoms coming back full throttle including the dreaded vertigo.

It’s been a tricky business trying to balance menopause versus MS symptoms – which is which? I now know that they (the symptoms) can be inter-related, so treating holistically is potentially a more effective approach, rather than separating everything out.

Through determination and a refusal to accept some bad attitudes and the (occasionally) antiquated views of a few medics, I have now got my dream team of specialists helping me fight the battle: an HRT advisor, a functional medicine practitioner and a conventional (unfortunate term as he’s far from conventional in his outlook) MS specialist.

My X-MEN! Or should that be MS-Men? Or MS-People if we’re going to be PC about this. Knowledge is power in my book. I don’t want to be patronised by doctors, thinking that I don’t need to know what’s going on in MY body. I want to have input.

I feel now that I am very much in control of my health and my future and that has a lot to do with my X-Men team but also to do with being proactive in making my life the best it possibly can be as I work on my OMS recovery.

The importance of the OMS diet

I never had a bad diet, but it’s amazing how much better I feel now that I’ve cut out meat from my diet and upped the veggie intake. On the increasingly rare occasions I fall foul of a fish and chip supper, the after effects are really pronounced.

I ‘feel’ rubbish, due to I’m assuming, the frying process and gluten content. What used to be a special treat now doesn’t feel very special anymore.

I haven’t even attempted a burger and the further I move away from eating any kind of meat, the less I feel inclined to do so. It just feels wrong now. God, what have I become – don’t drink, don’t smoke, don’t eat meat, meditate daily, go to bed at 9.30, even starting to like kale. Hopefully I won’t become the total nerd in the corner that everyone tries to avoid eye contact with. 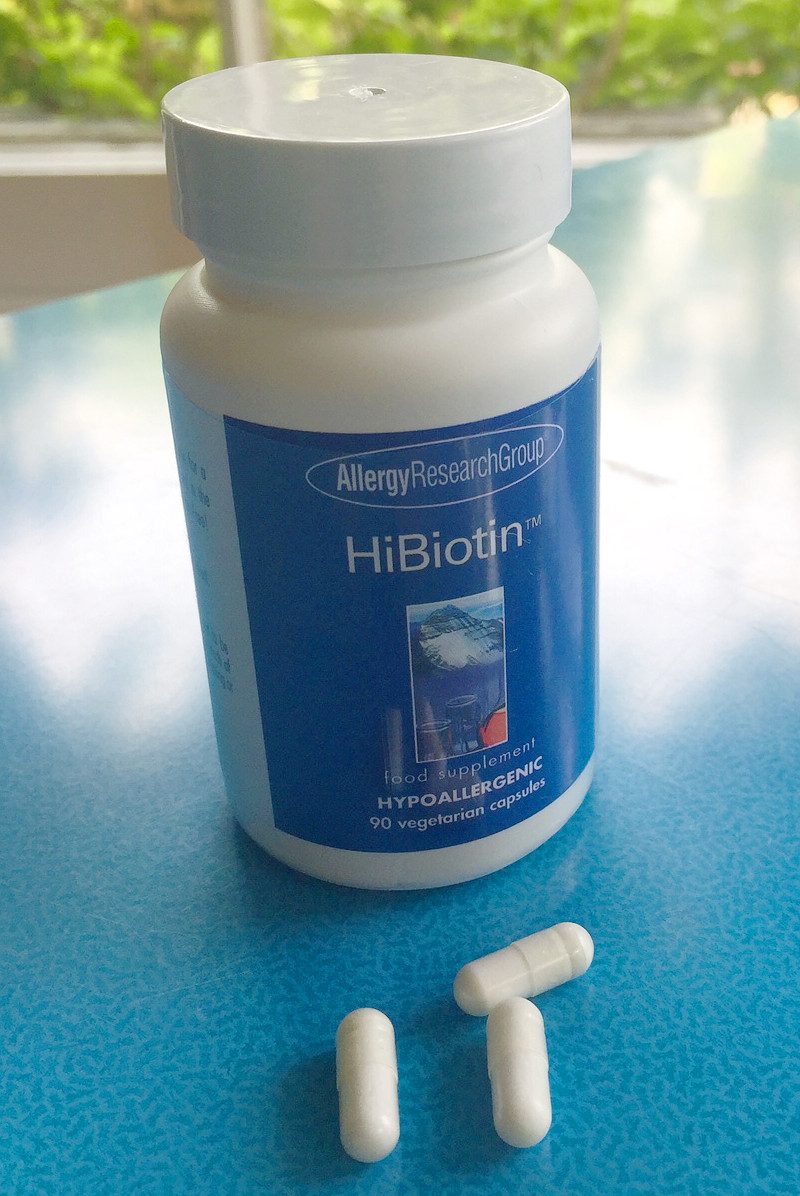 Other June news includes a visit to my functional medicine guy. He’s kept me on my natural antibiotics (fighting pathogens that are the root cause, in his opinion, of why you get MS) and he has now added in some new supplements, including the wonder ‘drug’, BIOTIN.

There is a lot of excitement around this vitamin (part of the B family). In trials it’s been found to improve disability and slow MS progression amongst patients with progressive MS. His view (shared with others in his field) is that it could aid all types of MS as it helps to ‘mend’ the myelin sheath, so I’m on a three times a day dose for the next few months.

In my opinion, alongside practising the OMS Recovery Program, I think using functional medicine to help me heal is an intelligent way of looking after my health. I feel in control, included and considered – something I have never personally felt with a conventional medicine approach.

On a lighter note, I’m discovering the joys(?) of gluten-free baking. God it’s hard. If you cut out the ‘gluten-free’ (and we’ll charge you double the price for it) products on the supermarket shelf that all contain that nasty Xanthum gum, it’s tough to create something resembling bread, or cakes or biscuits.

So far, it’s either crumbled in my hands, been so heavy I feared if I dropped it I’d better have moved my feet out of the way pretty sharpish, or has just tasted MEH (young people will understand this terminology – I don’t really but am pretending I do).

I have managed a couple of successes though, one of which is illustrated. It’s a Blood Orange Olive Oil Cake and it was delicious. If you follow this link you’ll find the recipe on a lovely blog called scarletscorchdroppers.com (no idea what it means).

As you’ll notice, my icing (if you can see it at all) doesn’t look anything like hers, but it was my first try so give a girl a break.  I’ve also found a great gluten-free cookery book that doesn’t include Xanthum gum in it’s recipes like so many of them do. It’s called Against the Grain: Extraordinary Gluten-Free recipes Made from Real, All-Natural Ingredients and is intelligently written by Nancy Cain. You’ll find it on good old Amazon.com 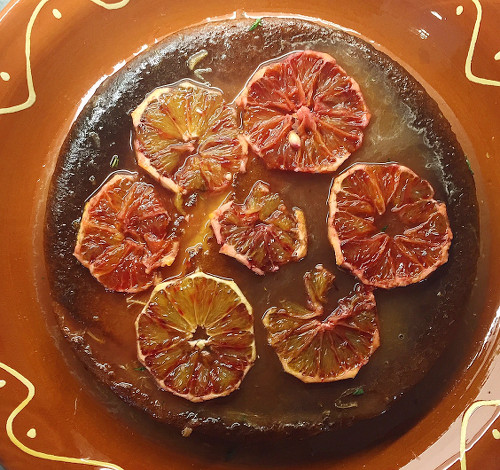 I like to keep busy – don’t get me wrong, I can happily watch rubbish TV for hours – but MS has had an impact on my energy levels for sure.

Chronic fatigue is one of the most stubborn of symptoms to shift apparently. I’m learning to stop when I’m tired (not always easy) and if possible, just have days when I do very little other than pottering about (I’m a very good potterer).

It’s days like these that give me time to reflect on where I’ve been, where I am now and where I’m headed. Fear still grips me on occasion, but as I mentioned before, I feel so much more in control of my MS now and how to manage and control it.

The benefits of country living and creative activities

Being in London meant it was hard to really just stop and be present. It’s such a frenetic place and rarely can you find peace and quiet.

The gentleness of countryside living allows me to become more aware of what my body is telling me it needs (sorry, getting all hippy again there) and right now, that is exactly what is required.

I feel I’m watching the dust settle (*mental note – tell the cleaner to dust that surface next week). When I’m not cogitating on life, I’m cooking up future plans.

Life with no direction or purpose is an anathema to me so I’ve been busy searching the village website, scanning for clubs and societies that might need a pseudo-hippy among their ranks.

I’ve already signed up for a ceramics course nearby (very good for calming the nervous system down), got membership for a local yoga studio and tonight I’ll be attending the drama club castings for the upcoming Christmas panto. I’m hoping I don’t end up as the back end of the cow.

One final bit of news I received only this week that is, for me, full of potential and positive thinking. I saw my MS specialist and we discussed how I was getting on.

He remarked I was looking the best he’d seen me in the last few months and I was doing all the right things to aid my recovery.

He said I was heading in the right direction and towards the desired result. I asked him what that was – he said “To reverse your diagnosis from RRMS to benign MS”.

It was only later that the news sunk in. I’m thrilled to say the least. And on that note, I’ll leave you to all pray for a sunny July as Britain is currently under a cloud of misery, what with the continuous rain and wind, losing at football and the dreadful Brexit result, so we definitely deserve some sunshine and blue skies.

And my sun loungers have just arrived which should be reason enough to get on your knees surely? Enjoy your July everyone. 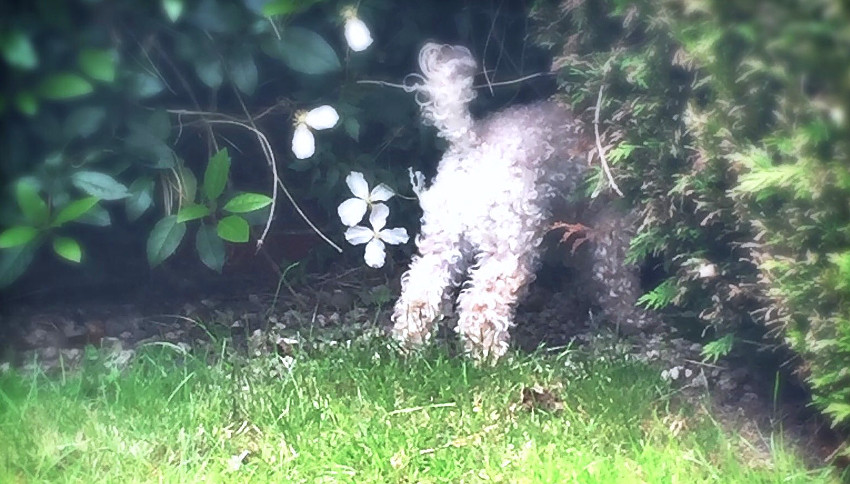