“Tiger! Tiger!” shouts the scout, and everyone drops what they’re doing, and they run for their lives. Tiger himself shows up in the fine little animation about meditation on the OMS website

“Tiger! Tiger!” shouts the scout, and everyone drops what they’re doing, and they run for their lives. Tiger himself shows up in the fine little animation about meditation on the OMS website.

In the mindfulness movement, Tiger represents the automatic stress response, which flares in the face of real or imagined threat. By video’s end, Tiger is caged, if not tamed, by meditation.

There is more to the 'Tiger Tiger!' story than the initial heart-pounding, shallow-breathing, stomach-clenching tension of the first moments. I

like to picture what happens later, after the humans have dashed to their camp and lit the fire that keeps them safe, when they calm down from their fright.

Anthropology instructors everywhere toil to instil their students with some understanding of our earliest human ancestors, often with stories featuring Tiger in a starring role.

The back story of Tiger

How did humans evade predators and live to see another day? I met the character Tiger in my first days at college, when Dr Walter Fairservis, with no visual aids but his own bushy eyebrows, strutted and gesticulated in the bowl of a steeply-tiered lecture hall, and conjured up life on the savannah in sub-Saharan Africa.

As the story goes, the men are hunting nearby, while women and children gather nuts in the shade of a tree. The scout, furthest afield, is a particularly keen-eyed, fleet-of-foot youth, with really good hearing.

Actually, everyone is alert and attentive to their surroundings. It’s not as if they out-sourced security to the scout, and they get to slack off.

They learn to live with a kind of open awareness of their surroundings, ready to receive even subtle signals that come their way. So maybe it’s not a shout, but a low whistle that sends them running. Mothers scoop up babies and take off; big children grab the hands of littler ones and follow as fast as they can.

'The fight or flight response channels power instantly to large muscles that are either going to run fast or punch somebody out; also to the heart and lungs, delivering the high blood pressure, high blood sugar, and quick shallow breathing needed to do the deed.'

The fight or flight response channels power instantly to large muscles that are either going to run fast or punch somebody out; also to the heart and lungs, delivering the high blood pressure, high blood sugar, and quick shallow breathing needed to do the deed. Off they go.

Let’s hope they make it back to camp. Apparently enough of them do; otherwise we wouldn’t be here. Our ancestors bequeathed to us the physiology of the fight or flight response, and something else as well: the capacity to dial it back. The first is automatic ('nature'). The latter is something to be learned ('nurture'). To me, this is where the story gets interesting. The first person back to camp blows the embers to life and stokes the fire. The rest follow, stagger to safety, and collapse. 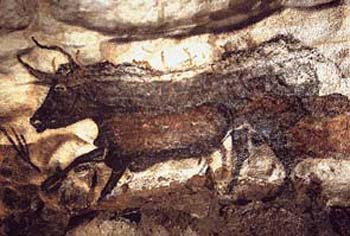 Dealing with trauma through sharing

Sort of like us sacking out on the couch after a rough day, except here our stories diverge. How bad was your day? You were in a car accident? Are you OK? No broken bones?

Well then, you can go back to work tomorrow. And we do. Without, or until, visible signs of injury or illness appear, where I come from anyway, one is expected to carry on as if nothing happened.

Furthermore, if something is difficult, don’t talk about it. (I loved my mother dearly, but never once did I hear the words 'multiple sclerosis' pass her lips.)

I do not mean to romanticize the lives of hunter-gatherers, but it’s worth taking a look at their behavior in the aftermath of acute trauma. Everybody is thirsty, very thirsty, because stress diverts fluids to vital organs (same as our nervous dry mouth before public speaking).

Rehydrated, they can finish digesting whatever it was that sat like a lump in their gut while fluids were called away on emergency response duty. After a while, still dazed, they begin talking.

And they talk and they talk, recounting their experience in a spontaneous version of 'exposure therapy', which serves to thwart acute trauma and hinder it from settling in as PTSD.

Stories from trauma contain marvels, because a great deal of adrenaline can yield superhuman feats, as people who are already spent stretch themselves one bit more to save the lives of others. Can’t you just see them swapping stories, acting it out, processing it right out of their bodies and into myth and lore?

This is the part where they sing with gusto and dance like crazy. In other words, the stress response did its job, and now it’s time for something completely different.

It’s time to set in motion the complete reversal of the stress arousal, and make room for something other than high anxiety. This process takes time, and it goes through phases.

Other means of meditation

Circle dancing is a moving meditation, like line dancing, fully absorbing and a little bit mesmerizing. Drumming is, too.

According to a new study, drumming in unison relieves anxiety, reduces depression, increases resilience, and shifts the immune system from an inflammatory to an anti-inflammatory profile.

Together, people sing and dance and drum their way out of stress. We on the other hand are stuck in an epidemic of loneliness. New research summarized recently in an article in The New York Times reveals how, without any fanfare, chronic loneliness overstimulates the body’s stress response and impairs the immune system.

People need to rest and sleep a lot after the fright and exertion of anything like a tiger attack, or after a period of sustained stress. If they can, they soon settle down to quieter pursuits which more closely resemble what we think of as meditative activities.

Maybe they carve a toy, or decorate a hide, make a gift. Ephemera, it’s called all the pretty things we make that don’t last. This calls to mind my annual stupefied absorption in a 500-piece jigsaw puzzle in the week between Christmas and New Year, and the relief it gives my overextended energies.

As deep breathing is restored, songs slow down in the direction of ballads, hymns, chants, and, eventually, silence. There was a time when life afforded ample space for silence, and the kind of deep listening to the internal and external worlds that humans are capable of in uninterrupted hours – in other words, 'meditation'.

It shares the same root as 'medicine'. It’s a medicine that works to restore a middle ground, a comfortable medium for us to live in. I could go on here about how the media today rob us of our balance; but never mind. In my version of the story, in the final frame Tiger is just snoozing in his cage. The big cat sleeps tonight, lulled by some rhythm and music, some humming or prayerful chants, and finally, the silence of human meditation.

Marilyn holds a Ph.D. in anthropology, and is a Mindfulness-based stress reduction (MBSR) instructor in the US. Meditation is one of the central elements of the OMS Recovery Program, alongside diet and supplements, exercise, vitamin D and, if need be, medication.