Metformin, is it one of the new MS wonder drugs?! | Overcoming MS Skip to main content

Diabetes drug Metformin shows promise for MS treatment in animals, with a human trial planned to start in 2020. Read about how this drug mimics fasting. We often here it said that “there has never been a better time to have multiple sclerosis”, but for those of us living with this condition, that can seem at best a little insensitive, and at worst, rather offensive. However, in terms of the number of ongoing research projects and the new and more effective treatments, including those for progressive forms of MS, there may be some truth in that statement.

In October 2019, the MS Society in the U.K. launched the “STOP MS” Appeal, a highly ambitious project that aims to raise £100 million for MS research, with the goal that by 2025, they will be in the final stages of testing treatments for all forms of MS, slowing or stopping disability progression. Of course, OMS wholeheartedly supports this vital research and eagerly awaits the time when no one living with MS has to fear their future.

One example of research with such potential has just been published in the journal  “Cell Stem Cell”, by a team of researchers based in Melbourne, Australia and Cambridge U.K. They present some extremely interesting early work on the potential roles of fasting and a commonly prescribed diabetic treatment, as a treatment for MS.

It is thought that one of the main factors leading to MS progression is that over time the body loses its ability to regenerate myelin – the fatty coating around many nerve cells that is attacked in MS. Without this protective coating the nerve itself is then subject to damage and eventually death, in a process called axonal loss. If we could then develop a treatment to make more myelin, then it could be possible to slow or prevent progression, and perhaps even reverse disability.

We know that the myelin making cells (oligodendrocytes) come from a type of stem cell called oligodendrocyte progenitor cells or OPCs.  It is these cells that are critical to remyelination, but as we age, the OPCs seem less able to activate and differentiate into oligodendrocytes. If you could turn this process on again, then more myelin could be made, and the therapeutic potential would be huge.

So, now to the matter in hand. Metformin belongs to a class of drugs called biguanides, used in the treatment of type II diabetes because it changes the way in which the body stores and releases glucose; by mimicking the natural processes involved in fasting. This is the key concept behind this study – would OPCs reactivate and make more myelin in a fasted state?

In this rat model, mature animals were fed metformin in their drinking water for 3 months, and then given an injection that caused focal demyelination – essentially causing rat MS. The metformin was then continued and the responses observed. In those rats given the treatment, there was significantly more remyelination than in those that were exposed to the “MS injection” without being given metformin. They effectively demonstrated that metformin could reverse the ageing effect on OPCs and induce remyelination.

Interestingly, the team found almost identical results in terms of remyelination when the rats were put through a regimen of alternate day fasting – meaning that they were severely calorie restricted every other day for 6 months.

The topic of fasting in general is gaining huge scientific interest, given its potential in treating many conditions from metabolic disease such as diabetes, to cancer and even MS. If you are interested in learning more, I can highly recommend the book “The Longevity Diet” by Dr. Valter Longo, who leads a team at UCSF investigating the mechanisms and potential benefits of fasting, and discusses the various different forms, including the fasting mimicking diet, time restricted eating and intermittent fasting, amongst others.  There is also an ongoing trial in intermittent fasting and MS, based at the University of Washington, the findings of which we will of course share with the OMS community when available.

The results of this metformin study were so striking that there are now plans for a human clinical trial to start in 2020. I am well aware that many readers will have the feeling that “we’ve heard this all before” and may be frustrated that to date there are still no remyelination treatments available.  It is important then, to note that Prof. Robin Franklin who leads the team behind the work at the Wellcome-MRC Cambridge Stem Cell Institute, and is director of the MS Society Centre for Myelin Repair, described these results as "one of the most significant advances in myelin repair therapies there has ever been".  It isn’t that uncommon to hear such hyperbole from a lead researcher when discussing their work, but it is rather less common for them to be so emphatic as to say “I am very optimistic that this is going to work”.

At OMS we always talk about the importance of having hope when living with MS; realistic hope, that things can and will get better.  I hope that reading this today has given you just a little more. 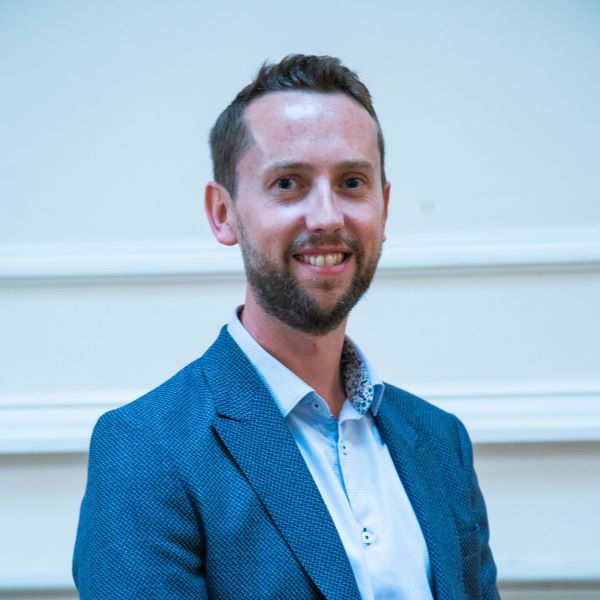 Dr Jonathan White is a practicing medical doctor who assists OMS as a medical advisor and event facilitator. Jonathan was diagnosed with RRMS in October 2015, and has been following the OMS Recovery Program ever since.

Any suggestion of trials for people with Chariot Marie Tooth?

Metformin was Introduced in France in 1957 and US in 1995. It has been the most commonly and frequently prescribed medication for diabetes type 2. Diabetes and metabolic disorders are fairly common comorbidities for MS.
It is interesting that so many years no clinician has picked up the good effect of Metformin on MS in clinical practice which is the real world observation.
On the contrary there are at least two examples where a medication with a certain indication has been noticed to work for other conditions. The first example which comes to my mind is Adalimumab, initially developed for Crohns and in clinical settings found to be extremely effective for plaque psoriasis and nowadays Adalimumab and its bio similars are the first choice Biologic treatment option.
The second example is Rifampicin- specific antibiotic for tuberculosis. Many dermatologists noticed clearance of guttate and to some extent plaque psoriasis in people treated with Rifampicin for tuberculosis. Nowadays Rifampicin is an alternative off license medication for psoriasis.
Having said that I definitely think that by now such observation should have become apparent with metformin and people with MS and concomitant diabetes type 2.

Has anyone looked at ptpple with MS and type 2 diabetes who have already been taking metformin for their diabetes?

I haven't seen a study with the two. Just like the author said, another story about a major finding regarding MS that is hopeful but not proven. The theory of Metformin is a long way from ever being proven for MS. What occurs in a mouse study doesn't prove anything until proven in a human. Will take another 6 to 10 yrs to prove. I believe a study differentiating Type 2 Diabetes and MS would be very difficult. Diabetics tend to have far worse issues blurring the results in my opinion.

also forget to say i dont have diebitis

What I get from this article is that Sugar is one of the Major variables in MS, not the Metformin. Thus, treating a problem with a drug when we should eat less, especially lower levels of sugar and high saturated fats kill us in too many ways. High levels of sugar every day for decades damages all the major organs in the body, a proven fact. Sugar causes inflammation at low levels may be one of the variables that induces the immune system to attack. AARP wrote a free article about how Inflammation is the main issue with immune diseases like MS. I would recommend the read. I wish I would have read or wrote the AARP article 30 years ago. Would have helped me greatly along with everyone else. I am the one who runs to emergencies when needed, I thought I was managing stress, but I was wrong. We can only handle so much stress before we can't deal with high stress, then it is too late. Stress is another enemy, run from stress if possible.

Dr Jonathan White explains the results of two separate studies which looked at treatment of people over the age of 53.
Dislike 0
0
0
Login Register

It has been announced today that NICE (National Institute for Health and Care Excellence) has approved the NHS use of Ocrelizumab for the treatment of adults with early, inflammatory primary progressive MS (PPMS).
Dislike 0
0
0
Login Register

In the world of MS treatments, ocrelizumab has become rather a dirty word.
Dislike 0
3
1
Login Register