My journey to ditching the dairy

Dairy farming was part of the landscape and I never dreamt I would one day give up cheese and creamy foods to give myself a chance of recovering from MS.
dairy

I never thought I could live without cheese and dairy products. Ever since I was a young girl, I’d be raiding the fridge for another cheese snack.

Early days on a dairy farm

I grew up in Nowra (a large regional town in the Shoalhaven region on the NSW South Coast) where my father had grown up on one of many farms.

Dairy farming was part of the landscape and I never dreamt I would one day give up cheese and creamy foods to give myself a chance of recovering from MS.

Just short of my 40th birthday I was diagnosed with MS. Two years prior to the diagnosis I had resigned from my Media Coordinator/journalist position.

All was not well with me but I didn’t understand why. I attributed it to years of sustained stress. I knew I felt exhausted in every sense.

As a teenager I had been a sports all-rounder and even considered becoming a sports teacher. But my love of words and meeting new people doing interesting things won out and I enrolled in a three year Communication/Media degree.

Study and work saw me living in two major cities. It was in Brisbane I was diagnosed with MS. My right foot had been behaving oddly and after seeing two physiotherapists (with no improvement)

I was referred to a neurologist. The life-changing verdict still rings in my ears as it did 13 years ago: “I’m afraid I have bad news. The tests confirm MS.”

Yet, whilst everything immediately changes, it wasn’t necessarily for the worse. It’s a sentiment which I know is shared by many post-diagnosis, but there was a sense of relief finally to give it a name, however unpleasant. Furthermore, it forced me to stop and take stock, for what turned out to be a few seasons.

I’ve had over a decade now to understand all the implications (including grieving the physical and work/social limitations) and to adapt my lifestyle, and to surround myself with the right kind of positive and encouraging people.

About the same time I was diagnosed, I began a postgraduate Counselling Diploma course in Brisbane. The teaching and practical approaches and work experience gave me invaluable insights into interpersonal dynamics and relationships with others. Although my one-time athletic feet were being forced to slow down, I had found a calmness and an expanding space within.

I wrote the following as part of a reflective piece three months into my counselling course: I surrender and go with the flow As I make friends with all my surfacing emotions I realize inner healing has begun. While my external world reach has narrowed My inner world is expanding and nurturing parts of me I had previously neglected. I realize I now have far more to give as a fellow sojourner.

From mid-2005 I worked on a casual basis over 18 months with a Brisbane counselling Centre. In 2007 I relocated back to my home turf to help support my elderly parents living at Jervis Bay (a very pretty coastal/national Park area) and to enjoy the cooler temperatures as heat fatigue/dysfunction is one of my MS challenges. 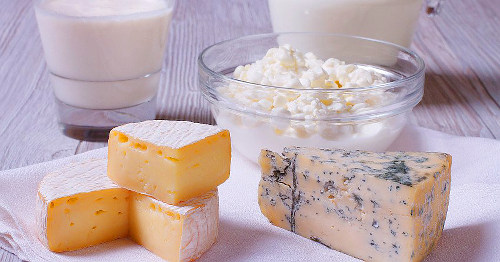 Back in 2003 when I first came across Professor Jelinek’s Taking Control of MS, I read all the theory, considered the Professor’s experience, and at the end of the day I wasn’t in the right personal space to overhaul my diet and lifestyle.

Back then there was too much happening in my life (unresolved issues and challenges) and my then coping mechanism was to rely way too heavily on certain comfort foods, especially ice cream, chocolate and cheese. To give up dairy food at the time was impossible.

It was only just over a year ago when I reached the end of my tether (in living with MS and dealing with too much weight and a cumbersome AFO) that I came across Recovering from Multiple Sclerosis by Karen Law and Professor George Jelinek in a local bookshop.

I was surprised to see such a book there and am so very glad it was. It has changed my life. Each one of the 12 stories published made me reconsider my earlier decision. What did I have to lose? Nothing except a few kilos!

And I ended up gaining more energy, an easier walking gait, and a more positive outlook. Woo hoo!

I’ll never forget the day a local supermarket worker told me I was walking better. That was about three months into the diet overhaul.

I had asked her where I could find a certain soy product and mentioned why I was on a non-dairy diet. I actually felt a lot brighter after only two weeks of the diet. I am now 14 months into the new regime and I never tire of hearing folks tell me how much better I am looking and acting.

I still deal with fatigue on a daily basis but nowhere near as saturating as it was prior to the dairy overhaul. Over the last few months, I have been encouraging associated medical people and family to look up the OMS website and whenever anyone tells me about a relative or friend with MS, I ask how they are doing and recommend in most situations, the two books. It is so good to regain hope for the future, and to have some control over what happens to my health and body right now.