My Journey of Healing and Staying Healthy with MS

Simonne is doing well after a very rocky start!

My name is Simonne Simpson. I was diagnosed with Relapsing Remitting Multiple Sclerosis (RRMS) in May 2015 at the age of 31.

The background to my RRMS

It was a rocky road to my diagnosis and one that took my loved ones and I completely by surprise. Apart from a little numbness in my hand in my early twenties, I really didn't have anything I thought was neurological or this serious.

What I did have was fatigue and intermittent nausea that I could never quite understand. I'd just started a brand new job after relocating to Sydney from London. I

was working as Production Manager for a beautiful swimwear label. Everything was going nicely as I began learning the ropes and loving my new position.

However, within a week I was experiencing nausea. Another week passed I began to feel a little off balance. I went another few weeks at work not thinking much of it. Then one morning I woke at 3 am with the most intense migraine-like pounding headache.

It was the worst I had ever experienced and I started throwing up. I went to the doctor the next day and he told me I had a migraine and gave me anti-nausea and anti-vertigo pills.

After a few days of taking them and staying in bed, my original symptoms hadn’t improved, I'd lost some more balance and I was finding it hard to walk. My eyes were also flickering up and down profusely (which I now know as nystagmus) and I was still really ill.

I called the same doctor back and he told me to double the dose of the pills he'd given me but even after doing so, I was still deteriorating.

My boyfriend helped me get to another doctor who changed my pill and ordered blood work. I still wasn't getting any better.

Eventually I visited a third doctor who saw the signs and thankfully referred me to a neurologist. The neurologist ordered an MRI and sent me straight into St Vincent’s Hospital here in Sydney.

By that stage I was in a wheelchair and beginning to slur my speech. They gave me intravenous steroids for three days and I got much better. I was walking and talking clearly, my eyes had calmed a lot and I felt almost back on track.

Being diagnosed with MS

During this time they told me that a diagnosis of MS was on the cards but they wouldn't know until I relapsed, so for now it could just be one isolated case of brain inflammation.

I was discharged but didn’t even last one night before I started experiencing the most overwhelming nausea and vomiting again. My mum and boyfriend decided to take me back to the same hospital as they were already familiar with my case.

I could hardly get myself out of bed but I knew I had to. I spent the whole thirty minute taxi ride with my head in a sick bowl.

As soon as I got to A&E they wrapped a heated blanket around me, gave me fluids and ordered more tests and a full MRI. It was all a bit hazy but I remember being so tired and falling asleep a lot even when doctors were trying to talk to me.

They admitted me to hospital and prescribed oral steroids and fluids and I seemed to stabilize but they still couldn't tell me what was wrong.

In my mind I thought that this incident was technically another relapse - so does this mean I have MS? It was a tough few weeks waiting as my body was haywire and I had no idea what was going on.

Then the Head of Neurology at St Vincent’s paid me a visit one Saturday morning. He stood at the end of my hospital bed and told me, "It is most likely MS".

Those words were devastating to say the least. I was finding it really hard to see the positives. This would usually be a time when I would write in my diary but my writing had gotten so bad I could hardly write at all let alone see what I had written - it was all extremely frustrating. Little did I know, things were about to get way worse.

"My eyes were flickering like crazy. I couldn't see much except a blur. My coordination was going, my strength was going too. I just couldn't understand why they couldn't help me, why they couldn't make it better. I just wanted it all to be over, I was done."

After a few weeks I was admitted to the rehabilitation unit to work on my strength and walking. However as they reduced me off the oral steroids I got significantly worse. It was a bizarre feeling because we were all expecting me to get better.

But every day I woke up I was actually getting worse, bit by bit. Just getting out of bed was exhausting. I was dropping things a lot. I had sporadic painful and distressing muscle spasms. I remember one particular day mum took me for a walk in the rehab garden.

I was just finding it all so hard. Walking had become extremely difficult. My eyes were flickering like crazy. I couldn't see much except a blur. My coordination was going, my strength was going too. I just couldn't understand why they couldn't help me, why they couldn't make it better.

I just wanted it all to be over, I was done. My mum called the doctors in and they could see I was distressed and quickly transferred me straight back to hospital.

Within a day or two I had lost the ability to walk, talk and use my hands. My whole body was incredibly weak, I would just flop and flail about. T

he doctors insisted I got out of bed but I couldn’t do it. I had Ben on one side and mum on the other, pulling me up into sitting position and trying to hold me there but my whole body just flopped over and my head hung over. I remember hearing the junior doctor say to mum and Ben, "I know this is really distressing but she will get better." In my mind I was thinking, "I better get better!"

During that time Ben and mum had to feed me and I had to be showered by the nurses. I couldn't wash myself, let alone apply make-up or put my hair up.

I couldn't walk or co-ordinate my legs so everywhere I went was in a wheelchair. I remember Ben and mum making me try and brush my teeth but my co-ordination was so bad that any attempt at the back and forwards motion just went haywire. T

he toothbrush would slam into my gums. I couldn't even tell them how frustrating this all was because my speech was so bad they couldn't understand me. I remember passing up meals because it was so difficult - the whole process of it.

During that time I lost 10 kg and went down to 43 kg. At 5 foot 8 inches tall I was pretty tiny. That's when I had to start drinking 3 "fat shakes" a day which is basically fortified chocolate milk for the malnourished, or people like me. I was already on thickened liquids and mashed food because I was choking so much.

Needless to say it was incredibly terrifying because I had no idea what this illness was, no way of researching at that stage and I had a million questions going round in my head and no way of easing my mind.

I am so lucky I was under such expert care. Ben and mum worked like clockwork to be there for me every single day. My specialist put me on a very strong MS drug immediately called Tysabri which has been an absolute lifesaver - I always feel a little stronger after each infusion. It turns out I had a very large amount of inflammation at the junction of my brainstem and my brain so nearly all the signalling from my brain to my body was being disrupted.

After 3 weeks back in hospital in this state I was taken back to rehab and did very well, my condition seemed to stabilize and get better. I exercised daily to build my strength and soon enough I was walking on my own, talking (with slurring episodes) and using my hands to do things for myself.

I could finally wash my own hair and dress myself with some degree of difficulty and a huge amount of determination. None of it was ever easy, especially when your body doesn't want to do what it's meant to. Being uncoordinated is so frustrating and the fatigue was absolutely unbelievable.

I could have slept for weeks on end. But we all so badly wanted me to get better that determination just took over. I was between hospital and rehab for a total of 9 weeks and I was too sick to carry on working. But I had a long road to recovery ahead of me and I needed time-out to heal.

As soon as I got home I did heaps of research about my condition and what I could do to help it. I soon found out that diet and lifestyle changes can significantly impact on the disease course and it gave me hope that I could gain back control.

Suddenly everything changed in my mind and I could see me leading a relatively normal life again. I committed myself to the OMS Recovery Program by Professor George Jelinek. I'm so happy to say that I've been relapse free since starting the program 19 months ago now.

I keep going from strength to strength with my recovery. Within 6 months of diagnosis and about 4-5 months on OMS my lesions had healed and I've had no more new lesions which I feel is a miracle considering where I was two years ago. 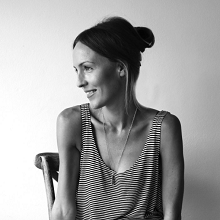 From Chair to President: the impact of Overcoming MS and its founder Linda Bloom

"It’s hard, and there’s no getting away from it. But the police officer in me won’t back down just like I wouldn’t if I found myself up against a violent criminal."
Dislike 0
0 Likes
9

My journey with OMS so far

Duarte's 'short but already powerful' journey started with a diagnosis at the end of 2020.
Dislike 0
3 Likes
4

“Everything can be taken from a man but one thing: the last of the human freedoms—to choose one’s attitude in any given set of circumstances, to choose one’s own way.” – Viktor Frankl
Dislike 0
3 Likes
2

Franziska from Switzerland, shares her love for hippotherapy - physiotherapy on a horse and the benefits it has for her and her MS symptoms.
Dislike 0
1 Likes
3