My life with Dizzy | Overcoming MS Skip to main content

My life with Dizzy

My life with Dizzy

If you'd told Heather four years ago that in a few months time she would have been starting a journey of feeling dizzy every day, she would have thought you were mad. For her, MS came out of nowhere.

Heather is 28 years old and was diagnosed with MS three years ago. Since being diagnosed she has been an avid follower of the OMS Program. She has her own blog 'Living with Dizzy', which documents her adventures with MS, with the help of her trusted companion, the knitted donkey, Dizzy.

If you'd told me four years ago that in a few months time I would have been starting a journey of feeling dizzy every day, I would have thought you were mad. For me, MS came out of nowhere. I didn't have any relatives with the condition, didn't know anyone that had it or knew of anyone that did. I didn't even know anything about it, except vaguely that it caused disability.

I was 24 and halfway through my teacher's training when my first symptoms began to appear. It was a week after I had broken up for the summer and I started getting pins and needles in my feet. I couldn't figure out what could be causing it, thinking maybe it was something to do with circulation and asking others if they thought this was normal. The tingling soon started increasing in intensity and then spread to my hands.

I went to the doctors but they weren't too worried as I appeared healthy and all my blood tests had come back fine. A week later I pottered off on a little weekend holiday with my boyfriend. While we were away though I had begun to feel light-headed and just generally a bit odd. It was on the morning that we were due to come back that marked itself as day one of my dizzy days. I woke up and before I knew it was I clinging onto the bed as the room was spinning round. This went on for a few hours with me being sick and me deciding I could quite possibly be dying, I can get a bit over dramatic about things.

I ended up in hospital overnight on a drip as I had been unable to keep any fluids down while the room was spinning. Again, I was reassured that everything was fine and it was just an inner ear infection. The summer went past with me spending my days in bed and wobbling around the house. Over this time numerous other symptoms started appearing: loss of co-ordination, numbness over most of my body, fatigue, vision problems, Lhermitte's sign, the MS hug and of course, the constant dizziness.

I saw more doctors but none of them seemed to be too concerned about all of it, so I ended up turning to Dr Google. The only answer it had to my symptoms: MS. I ended up taking the decision to seek help privately and within a couple of months the diagnosis came. By the time I was diagnosed I felt relieved.

The months leading up to this had been a really frightening time. Google had given me the correct answer but it had also given me a lot of stories about people's experiences with MS, that were, at the time, really scary to read. The problem is though that once you start googling, it's really hard to stop!

After a few weeks of panic and sleepless nights, I stumbled across a blog post. It was a lady with MS who had had it for many years, and she was doing great! She had a list of lifestyles changes that she had made and a little link to the OMS website.

For the first time I had found something that provided hope. I knew that it didn't promise an easy ride with MS but having something that I could do for myself was an amazing discovery. Before this I had been led to believe that what would happen, would happen, and that you were pretty powerless over what course it would take.

So, I set out on a little healthy mission, changing to a plant-based diet, doing meditation, exercise and lots of sleep! (To be fair the sleep one was already pretty much covered) And I started to feel better. I had over two years relapse free and most of my symptoms disappeared. The dizziness stayed but at a much more manageable level. I learnt to look after myself and to know when to say no. I had also learnt to appreciate the little things in life and to do what made me happy. 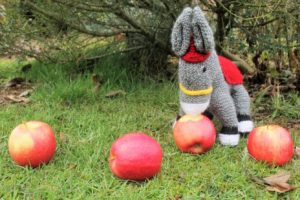 After exactly two years of being relapse free though, I hit three relapses over the space of a year. My diet was still on track, so were the exercises, but the meditation and stress levels had definitely gone out the window. The first relapse actually hit me harder than the original diagnoses. I realised I had thought that I had somehow gotten away with it. OK, I have MS but nothing's actually going to happen...

Last year I lost my way a bit with my healthy mission and I really struggled mentally to come to terms with actually having MS. But where am I now? Back on track, mostly. (I do still need to get myself a bit more motivated when it comes to exercising.)

Last year I took the step into the MS online community, which is full of wonderful people. I also realised I wanted to help other people going through the same thing. I started volunteering as a support volunteer for my local MS Society branch and started my blog: Living with Dizzy, and more recently my little podcast.

My little knitted donkey comes most places with me and she's helped me to document my adventures with MS. It only seemed appropriate to call her Dizzy as I'm always dizzy! So life at 28 isn't at all what I was expecting but I'm realising maybe that's not such a bad thing.

“The empowerment OMS has given me meant that my mental health has not suffered.”

Around the world in 7 steps

Does Menopause Influence the Course of MS?

“The empowerment OMS has given me meant that my mental health has not suffered.”

Denise shares her story of how grateful she was to learn of OMS as soon as received her diagnosis. Here at OMS, our aim is for everyone to have the same experience as Denise.
Dislike 0
0
0
Login Register

"When I was diagnosed with MS in 2015, I felt as if I had fallen, Alice-like into a nightmare world of confusion and challenge from which there would be no escape. But I was wrong. Mine were not adventures in wonderland but a story of rebirth."
Dislike 0
0
2
Login Register

I wanted to share my experiences with you, because I felt it would be valuable if things aren’t going as well as you had hoped.
Dislike 0
1
12
Login Register

Even after Diagnosis, Everything is Possible

My name is Rachel and I was diagnosed with MS in February 2019 at the age of 22. I work in PR and submitted my thesis for the MA Critical and Creative Media at Maynooth University in September 2019. I have been following the OMS program since July 2019 and am on the medication, Tecfidera. MS has thought me the power of resilience and the importance of human compassion.
Dislike 0
0
5
Login Register