Nicole Tumilty's journey to overcoming MS has been a long one, spanning many years and involving a number of severe relapses. Taking the decision to follow the OMS Program, incorporating factors like diet, exercise, meditation and vitamin D intake, has truly transformed Nicole’s life and enabled her to move forward. In her own words, “people who have not known me for long simply do not believe that I have MS”.
Personal story
Inspiration

I was diagnosed in 2008 in my mid thirties, after losing my eyesight in a steady decline that went on for about four weeks.

At the end of the four weeks, I was ‘counting fingers’ with my left eye and only able to see the top two lines of the eye chart with my right eye. At the same time, I had been struggling with some incontinence (obviously, because I have given birth to four children- kind of normal, must be weak pelvic floor muscles.....) and a further feeling of coming down with the flu.

All of which I thought were unrelated. Obviously. Historically, I had experienced 10 years of strange sporadic symptoms; Bells Palsy, numbness in various areas of the body, all intermittent and unexplained.

There were some other vague neurological symptoms that I put down over the years to having migraines or being pregnant. The GP never seemed unduly worried and in time, the symptoms would disappear.

When the diagnosis of relapsing remitting MS finally came, it was a relief. The neurologist could see clearly from my notes that there were definite signs of RRMS for over 10 years.

After the initial diagnosis, I decided that pushing myself was an excellent idea and so walked straight into another relapse.

I was extremely unwell and the steroids made me even more so; I was off work for about 9 months. I was in my final year as a social work student and in a job that I adored.

My whole world came crashing down as my eyesight failed again and I was unable to drive or do anything independently. I was terrified that after having MS for 10 years, it was now becoming secondary.

I made the decision to delay my final year of study, so that I could focus on my health. I wanted to stay as well as I could as my youngest children were only 4 and 6 at the time. As soon as my eyesight started to improve, I began to do some research.

The material that I was really drawn to was that of Dr Roy Swank and the work of Professor George Jelinek; I was very keen to avoid medication after the steroids had made me so ill- so I convinced my MS nurse and GP to let me try LDN.

Combining a reduced fat diet (I was already vegetarian) yoga and the LDN seemed to make a real difference- my eyesight made further improvements (which the consultant said was unexpected) and I stopped feeling so dizzy and disorientated. I went back to work and re-commenced my degree. Maybe this was the ‘new’ normal? I could live with this.... 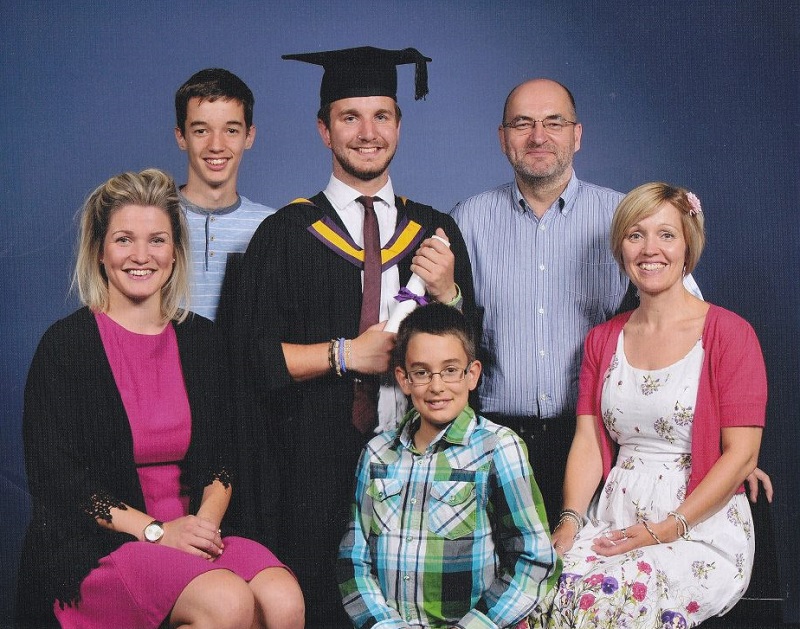 After another couple of years, I was still having severe relapses once or twice a year, taking between 4-6 months off at a time. I felt that I was living a healthy lifestyle- I had lost several stone and was doing pilates and ‘aqua-fit’ weekly.

My nurse was concerned that my relapses were so severe and felt that DMD’s may be beneficial, it was decided that I would try Copaxone, after a particularly nasty brain stem relapse. The same pattern continued for another couple of years, I stopped the Copaxone and tried Avonex.

In between relapses, I felt that I was able to return to a good quality of life and continued to follow my ‘half-way house’ diet and mild exercise, convinced that I was doing ‘enough’. However, the relapses when they came were very debilitating and every time I had one, my eyesight deteriorated and suffered lasting damage.

I was still having long periods of both being off work and being unable to drive. Each return to work was phased and it took a long time to get back to my normal 22 hours a week. It was a long, hard, demoralizing slog. The longer this went on, the more I felt that the periods of respite, or remission, were not enough to outweigh the horrific relapses and the struggle to return to ‘normal’.

I had seriously considered taking my own life as an alternative to living like this. In December 2014, I had a sudden and shocking relapse, both of my eyes started spinning and I was unable to walk, I was crawling around with my fingers over one eye and an eye patch over the other.

I refused to go on steroids as every time that I was on them; they made me increasingly more ill. On Christmas Eve, I woke up with Bells Palsy, my face had dropped and I was struggling to swallow- my husband called the GP and I was back on the dreaded steroids by the end of the day. Merry Christmas....

When I eventually returned to work, retirement on the grounds of ill health was cautiously mentioned- would I like to investigate this? "NO," I replied, "I would not." But I realized that something had to change.

Fear of losing my eyesight

Losing my eyesight has always been my biggest fear- every time I lose my independence with a relapse, I am terrified that I will not be able to drive again. I knew that I could not carry on with this pattern of relapsing and incrementally losing my eyesight.

I re-read the Overcoming MS book and tried to work out how I could afford to travel to attend a retreat. As soon as the St Katherine’s London retreat was announced, I knew that I had to attend it.

At the same time, I had been offered Tecfidera as an alternative to Avonex (which I had never really got on with, the side effects never went away) and things were not going well at work; there were a lot of inner politics that that I felt very unhappy with.

All in all, I was ready for a change. My friend and I went on the retreat together- it was an amazing experience, a real emotional roller coaster and total life changer.

I realized that I simply had to fully commit to cutting dairy from my diet and follow the other pillars of the Program - the stakes were just too high to do otherwise. In the same weekend, I rang a colleague about a secondment opportunity in her team and was offered an interview.

I was subsequently offered the job in a busy hospital social work team- a fast pace of work and a job that makes few allowances for being less than 100%.

However, I accepted the post; this was a new start- bring it on! The changes initially were not plain sailing, incorporating my new diet with a busy family life was not as serenely ‘Ella’ as I’d have liked- but we muddled through.

Our first holiday in Spain was the real challenge- but again, we muddled through...with a few tears when I realized a soya milk ice cream that I had enjoyed had dairy in the CONE - you live and learn! 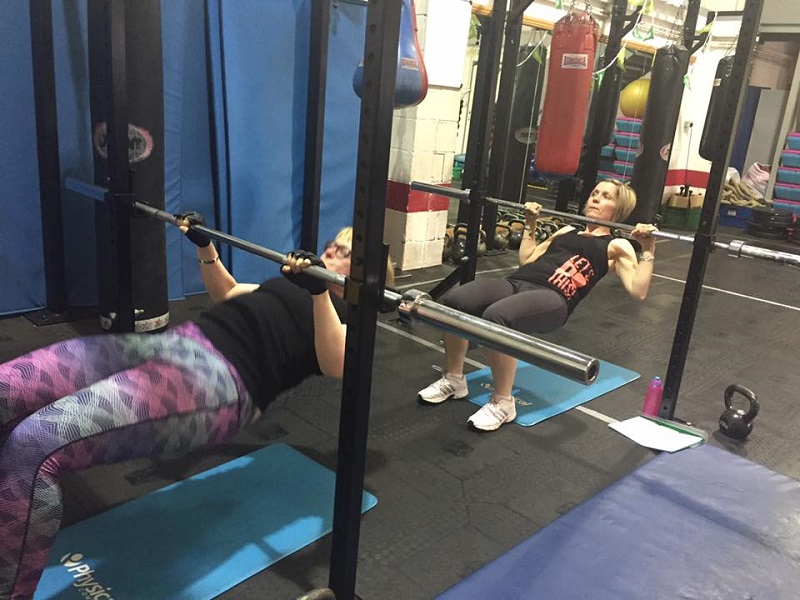 Going on a retreat

A year on and I was totally committed, attending the Overcoming MS retreat was quite simply the best personal and financial investment I have EVER made. I had increased my exercise classes and was taking high impact classes as well as pilates.

I then decided to go to a semi-personal trainer for 6 weeks and again pushed myself beyond anything I thought I could ever possibly achieve. I now attend circuit-type classes 5 days a week, attend pilates and cycle to work.

I have had NO relapses and my most recent MRI showed ‘no new sign of disease activity’. I’m over two years post-retreat now and life could not be better. Work is amazing- I am now a senior practitioner on the team and regularly work 9 hour days. I am almost full time and thrive on the challenge and pressure.

I constantly push myself and am supported by my employer to study for a Masters in Social Work. Since doing the retreat I have taken part in a British Heart Foundation run and for my next significant birthday.

I am planning to do a trek of the Sahara desert with my wonderful husband, who has always been 100% supportive of everything I do.

People who have not known me for long simply do not believe that I have MS- I still have to be careful but I find that as long as I don’t get too tired and that I eat and drink properly, I can deal with pretty much anything. Cutting out dairy has not been a problem.

I miss having grilled halloumi if we go out for a meal but other than that, I can honestly say that I don’t miss it at all. I love oat milk and would not consider going back to cows milk.

When I look back over the last two and a half years, I cannot believe that I am the same person. In fact, as I write this, it occurs to me that I am not the same person - I am no longer scared and waiting for the next relapse to rob me of my sight or my job. There is a line of a song, ‘I’ve been living with a shadow overhead, I’ve been living with a cloud above my bed."

After attending the retreat,  I burst into tears the first time I heard those lyrics - I realized that I had been living in constant fear. I can honestly say that I believe that I will not have another relapse- the changes that I have made have been 100% worth it and I have definitely Overcome MS.