It was the first Global MS Dinner Party in the US and now I see how OMS in the US will continue to grow: powered by OMSers and their families and friends.
Food

The party’s over, but I am still energized by the OMS Global Dinner Party that Ingrid Adelsberger, OMS Cookbook editor, hosted in Manhattan on May 20. It was the first Global OMS Dinner Party in the US, and it won’t be the last.

Now I see how OMS in the US will continue to grow: powered by OMSers, their families and friends – just like Ingrid’s party. It was held at a Fifth Avenue address, where a chef friend of Ingrid volunteered to cook the meal in her home.

I don’t know what I expected, but I was welcomed into an easy Friday night gathering of friends padding around the living room in their bare feet while Chef Dana whipped up one course after another in an open kitchen where anyone could sample and talk about the yummy fresh food, beginning with Vietnamese summer rolls and ending with Ingrid’s decadent cocoa cupcakes. (Hint: avocado is the hidden ingredient in the creamy cocoa frosting; recipe coming soon in the OMS Cookbook.)

Guests ate all the salmon, salad, and vegetable tagine we wanted, on recyclable plates, while we milled about cocktail-party style. Ingrid’s friends were there for her; they opened their wallets for a cause they know helps her life. They were glad to do it. 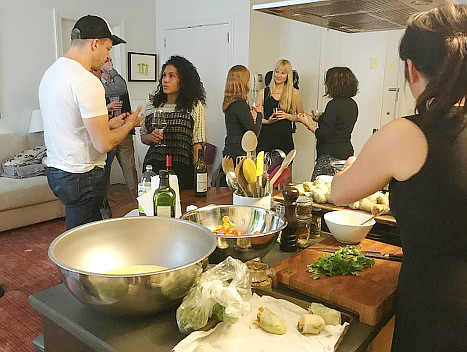 This was the first occasion at which Ingrid spoke openly about her MS to any but a few close friends; me too.

After Ingrid gave a little talk about OMS and introduced me as a fellow OMSer, I was moved by the interest and sincerity of her friends in wanting to help. “My friend has MS,” they told me, or “My cousin has MS,” and, sadly, “My grandmother had MS.” How widespread MS is, I thought; how hidden.

Friends and relatives wanted to help their loved ones, but hadn’t known how. Now they have something to offer, including a website to share, handouts from OMS, and the endorsement of their friend Ingrid, whose life is improved through OMS.

Making connections like this is a powerful way OMS will spread in the US. So there’s the recipe: have a party, eat good food, celebrate a healthy life style, spread the word about OMS.

Help others be there for their friends and loved ones, and talk out loud about MS. Raise awareness, raise money. When we talk about OMS, we raise awareness not only about one disease, but about so many things we have in common, like our desire for everyone to thrive and live a life as healthy and happy as possible.

The ingredients fell into place, and Ingrid’s circle of friends raised over $2,000. – an auspicious start for OMS in the US, and a terrific example to follow. Bravo! 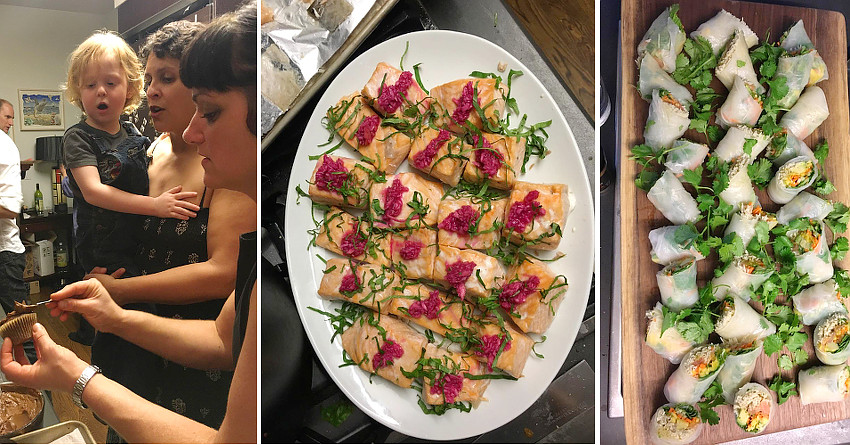