I was diagnosed with relapsing remitting Multiple Sclerosis (MS) in February 2019. To mark my two-year anniversary, I wanted to share my journey so far.

While MS can affect people in numerous different ways, it started for me with problems with my vision around November 2018. In hindsight, there were other signs like pins and needles in my feet, or numbness and lack of sensation in my little fingers that I’d ignored or shrugged off for months, not wanting to bother anyone with it.  After going for an eye test and getting my first glasses prescription, I was referred to see a neurologist and an ophthalmologist.

The ophthalmologist found nothing wrong with my eyes themselves, so the next step was an MRI scan to work out the source of the optic neuritis (inflammation of the optic nerve). The initial scan indicated that I potentially had MS, which the neurologist shared with me just before Christmas. For a conclusive diagnosis, I needed a contrast MRI scan and a lumbar puncture. Strangely, I quite like the clunks and whirs of the MRI machine, although it’s a perpetual disappointment that the contrast dye injection didn’t give me superpowers or turn me into the incredible Hulk!

My grandfather had MS and I only ever remembered him being in a wheelchair from when I was very young, so I had some limited experience of it, but very little knowledge. Being scientifically minded, I started researching the condition to understand what it meant for me, but I‘m not sure I had reached acceptance.

In the months following my diagnosis, the symptoms got worse before they got better, such as ‘cog fog’ and the ‘MS hug’, the very disconcerting sensation of a band constricting around your chest. I don’t mind admitting that things felt very bleak around that time, but I was able to access some counselling which helped me to start processing this massive impact to my life. The real turning point, though, was discovering Overcoming MS!

I first heard about it that summer when my dad told me about an interview with Professor George Jelinek on BBC Radio 4. Having listened to the interview, I spent that weekend studying the OMS website and not only ordered the book, but booked myself onto an upcoming OMS retreat.

The retreat itself in July 2019 was nothing short of life-changing for me. It was an intense, emotional, positive and inspirational experience, learning about the OMS program first-hand from passionate facilitators who practiced what they preached and were incredibly open and generous in sharing their own stories and experiences. Rachael, Veronique, Phil and Jonny, are remarkable and inspiring individuals!

I’ll be the first to admit I had a healthy dose of scepticism, but learning more about the scientific evidence that is the foundation of the program was incredibly powerful, as was hearing the stories and experiences of others following the program.

We were a fairly small but very diverse group of attendees across a range of ages, from different backgrounds, countries and with different experiences of MS, but the week spent together forged some incredibly strong bonds. Since the retreat we’ve stayed in touch including meeting up for a few get-togethers (pre COVID-19); some did a charity walk for OMS and a couple of us of even went on holiday together. We are still very close and stay in touch through our WhatsApp group, with the conversations taking lots of interesting turns and tangents. The support of my OMS tribe over this last 18 months has been priceless. Their kindness, openness and willingness to listen without judgment have been such a gift!

Since the retreat, I have started following the OMS program, and while I’ve not always been perfect, I’m certainly feeling the benefits.

I must admit the diet was a difficult notion for me to grasp prior to the retreat, particularly the prospect of giving up meat and dairy, but the scientific evidence and particularly the findings of Professor Roy Swank were incredibly persuasive and powerful.

I’ve been surprised at how well I’ve stuck to the diet. Living with my dad at the time, it was a wonderful support that he decided to follow the diet with me. That made it so much easier, especially in the early days, normalising it and not having to cook separately. It’s been fun experimenting and finding tasty new recipes!

I had already started taking vitamin D on the advice of my neurologist, so it was a simply a case of increasing my levels. When it’s warmer, I try to get some of my vitamin D from the sun too! 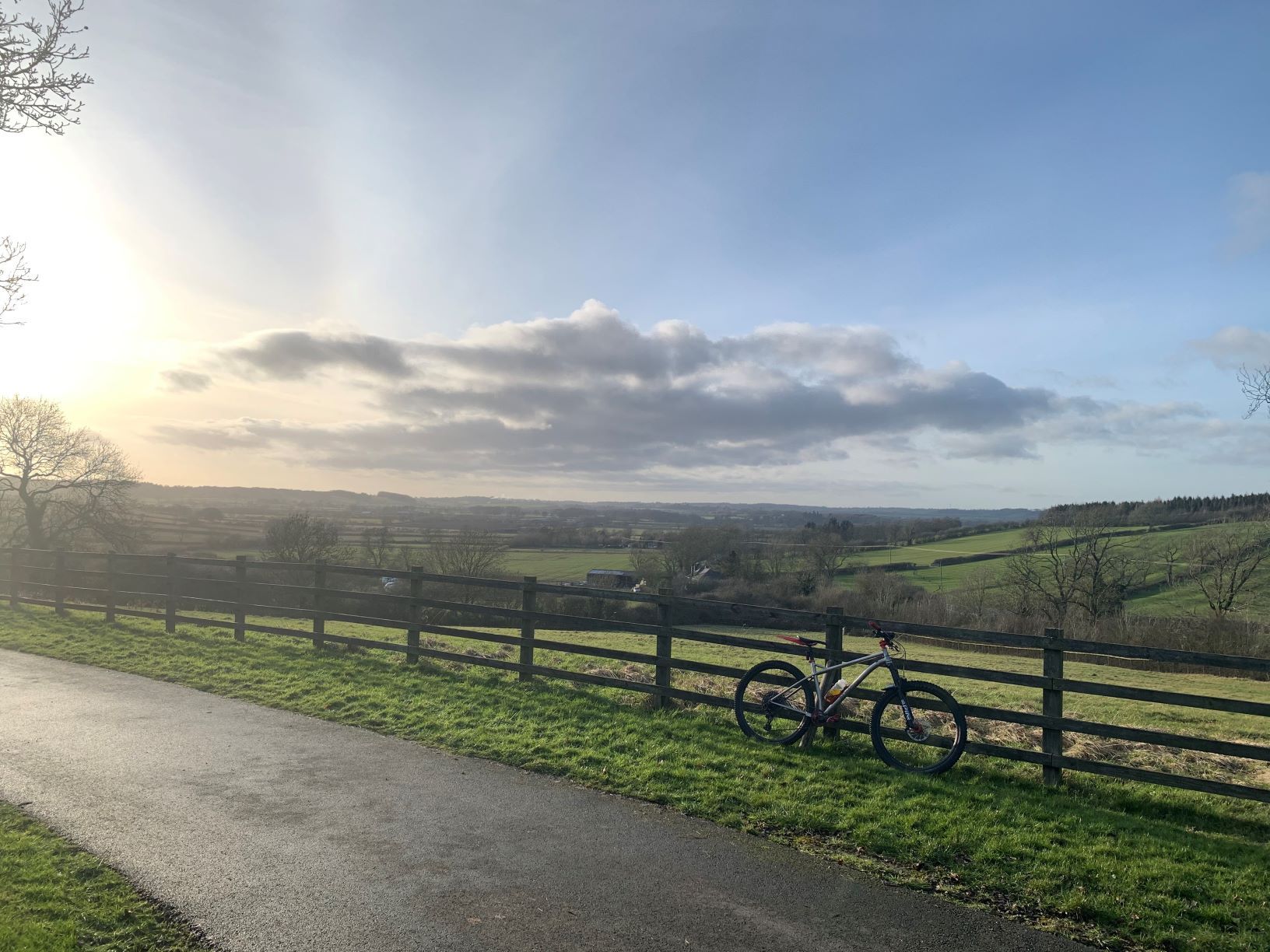 Having been quite the couch potato previously, I’ve surprised myself. I joined a local Pilates class, which became a regular weekly thing, and has continued throughout this last year (over Zoom now). The improved core strength helped my balance and I dusted off my old mountain bike. Having proved that I would actually go out for rides, I treated myself to a shiny new mountain bike last February, which turned out to be remarkably prescient! My bike has been one of the things that has kept me sane through the lockdowns and shielding of the last year, getting out most days for half an hour or so. I was amazed to discover that all adds up and I rode over 2,500km last year, enough to get to Bulgaria! I really liked Julie’s blog about mountain biking last summer.

Most of my rides have been solo, and I find myself focusing on the flow of the trail and what’s around me. Does mountain biking count as being mindful?...

Meditation has been perhaps the hardest for me to make a habit. I started out gently doing five or ten minutes each day, using some of the guided meditations on the OMS website, but my attention waned after a few months. I keep coming back to them on occasions, but the challenge is to make it a regular habit and part of my schedule. The frustrating thing is that I know that meditation works and I feel better for practicing it, and there is extensive scientific proof of the benefits!

I was in the habit of practicing meditation in the office to break up work and help relieve stress before COVID-19. It’s struck me while writing this that the move to working from home because of the pandemic may have disrupted that formative habit, but that awareness will hopefully help me to set aside time and space for mindful meditation.

I started taking a DMD (disease modifying drug) called Ocrevus (ocrelizumab) in August 2019. Despite the immuno-suppressant effects and now needing to shield as a result, I am very comfortable to continue having the treatment alongside my own efforts.

I’m very fortunate that my family have been supportive of the lifestyle changes I have made. They have shared in the diet, eating more healthily too and have been feeling the positive effects too.

Change your life, for life

Having smoked most of my adult life, I gave up smoking around the time of my diagnosis. That massive step proved that I could make positive changes.

Overcoming MS has given me positive hope for the future in knowing that recovery is possible and that I can make those changes myself. I’m already feeling the benefits – I have lost weight in a sustainable way through the diet and exercise, I am feeling much healthier in myself and my latest MRI showed no new signs of disease activity!

I firmly believe that following OMS has contributed to these outcomes, alongside the benefits of Ocrevus. I’m under no illusion that this is a lifelong journey. It’s not always easy, and I can’t say that I’m following it perfectly yet. What I can say is that it has offered me hope for the future and I am determined to keep following it with kindness, and the support of my OMS tribe!