Five years after his diagnosis, Luke reflects on how the Overcoming Multiple Sclerosis recovery program has changed his life.

Luke Johnson is an OMS ambassador in Massachusetts, USA, and has followed the Overcoming MS Recovery Program since 2014. Below, he tells the story of his life since diagnosis, and explains why people with multiple sclerosis should have hope of a better life.

Five years. That’s how long it’s been since I was first diagnosed and I’ve looked to this date with trepidation and hope.

The time span feels like both a flash in the pan and a lifetime. For some reason I assigned this date a particular significance, one I wouldn’t understand until now — upon reflection. In my experience, people do all kinds of things — dangerous things — to find more meaning in their life. They climb mountains, run marathons, do sufferfests — and much more. Receiving a diagnosis as profound and life-changing as MS is also an opportunity to find such meaning. Surviving and thriving in the specter of this disease — one that can be so insidious and random — is to distill it down to the roots. But what you find there might make your life even richer. 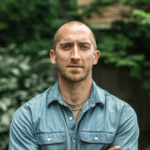 When I was first diagnosed I was sitting in the waiting room at Harvard’s MS center and the words “who’s who of MS” caught my attention on the TV. My hope — in that fraction of a second — was to see some sports person or celebrity — the kind where you’d think, “no way they have MS!”. Instead, it was Annette Funicello, who, by all reports, lived with incredible grace and dignity despite MS.

But, of course, she was disabled progressively, and very publicly, until the end. Being a recently-diagnosed person, I was more terrified than moved. And I was shocked; is this what one of the top MS centers on the east coast thought would be fun “ticker” facts for the recently diagnosed? I looked around the room and the misery was palpable.

To me, it said, “this is your future”. There was also another early experience I can recall with a kind of traumatic lucidity: a closed-door meeting with a neurologist. He was a specialist, impeccable credentials, and he looked at my scans with the sort of nonchalance that you might give spam email. “Well I wouldn’t start training for the Olympics,” he said cheekily.

Then there was discussion of men getting MS less, but “much worse”, respirators — it was a blur after that. I’m not sharing these stories to dredge up some pain, though I know most of the readers can relate. No, I bring them up because they — at least through my experiences — perfectly capture the mentality of MS treatment in the US:

Accept your fate and prepare for the worst

Sure, we discussed the advances in drugs and “slowing down” progression and it wasn’t all defeatist, but the message behind any veiled positivity was always: in time, you will get worse, never better. This was the paradigm I experienced again and again through doctors, friends, media messaging, everything. But we now know better: we have OMS and the paradigm has shifted.

I wrote about my experiences after about one and a half years in. I was committed and getting better, but still — while I wouldn’t admit it lest I affect the outcome — uncertain. “What if I’m in remission and an attack is just around the corner?” These doubts weren’t followed up with cheese pizzas — I always stuck to the program — but the mental game was hard, very hard. To many, my lifestyle seemed like a monk’s, but most were more intrigued than judgmental. I stuck to the program like my life depended on it — and it did, and so did my riding. 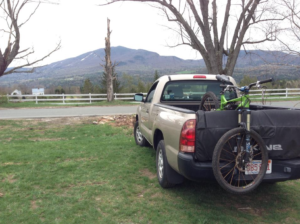 Mountain biking and me

Mountain biking is my primary sport and I don’t mean leisurely rides on fire roads; I mean flying-by-the-seat-of-my-pants-I-might-hit-a-tree riding: it’s technical, it’s fast, grueling, and I thought those days were over for me post-diagnosis. For a while, they felt that way: fatigue, a left hand that couldn’t brake fast enough, and the heat was tough. But this past summer — three years OMS — was the watershed line. All the meditating, all the clean eating (flax!), the exercise — it all coalesced for me. Something felt very different; I had healed, maybe not completely, but the tides had changed.

My riding was stronger and faster than ever. There was a kind of synchronicity — me, the bike, the obstacles — and I’d catch myself howling aloud. I have continued to ride and feel this way since. This wasn’t just chance; this was OMS. No doubt many of you are starting off at much harder places than I did.

Have faith in yourself

I can only encourage you to have faith — in your body, in its innate ability to heal, in yourself — and ignore the noise and naysayers because many are too afraid to do what you’re doing; it’s often easier to disbelieve than try.

A pill or a lifetime of discipline around food and lifestyle? It’s a no-brainer in either direction for most. If you’re on the fence, realize there is no downside to trying OMS. You will exercise and meditate; you will adopt a new diet, one that is becoming increasingly popular not just among those treating illness, but also among elite athletes. If my doctor told me tomorrow that my MS was a misdiagnosis, I would change nothing about this lifestyle — nothing.

Finally, I understand now that MS isn’t a death sentence, though that message is out there. MS is the challenge of my life — so far — and I had to dig deeper than I thought possible to course correct back to health.

But as I am, I would never return to how I was living: this path has given my life tremendous meaning. I hope it does for you too. Thanks for reading.

You can find out more about me at: lukemichaeljohnson.com

You can read another of Luke's pieces for us, 'Strength in Authenticity', here.

This Way Up - biking through Scotland with MS

Andy McKenna, an avid mountain biker, will be riding across Scotland to highlight his holistic approach to managing his multiple sclerosis.
Dislike 0
0
0
Login Register