Start spreading the news… how we shared my diagnosis story

OMS Ambassador Vickie shares her story of how she decided to spread the news of her diagnosis.

Shortly after I was officially diagnosed with multiple sclerosis (like an hour later) my dear hubby and I realized we had to deal with a secondary diagnosis. We self-diagnosed this while I was sipping (chugging) down a margarita at one of our favorite Mexican restaurants because there was no way I was cooking dinner after the day we had just had.

This diagnosis was a bit more challenging because there is no official treatment or even documentation of it. We were flying completely blind. Even Google had never heard of it.

Neither of us was prepared to face MS; a progressive, degenerative, incurable disease and now we were facing MS/AIFS too! Not fair!

The symptoms of this condition are hard to document as they differ for every patient and can vary over time.

The first symptoms we experienced were fear and anger. Our knowledge of MS was fairly limited (okay, VERY limited) but what we did know was that some people with MS ended up in wheelchairs or dead. The future suddenly looked grim. It was terrifying.

Then I got mad. Really, really mad.

I had a health scare eleven years earlier (Turns out it was probably MS back then too!) and had made BIG changes to my life. I was doing yoga, meditating, eating vegetarian and looking on the sunny side all the freaking time! And now I had MS?!? What the heck?

These initial MS/AIFS symptoms settled down fairly quickly though. It turns out that a margarita (or two) can have therapeutic properties. Who knew?

The next symptom of MS/AIFS that hit us was confusion. We wandered around in a state of bewilderment for days and days after reading through all the pamphlets and marketing materials from the pharmaceutical companies that our neurologist had sent us home with to review to help us decide which disease modifying treatment (DMT) would be best for us.

These shiny pamphlets with pictures of smiling happy people riding bikes, painting, dancing and scaling mountains were filled with data on relapse rates, progression, and horrifying lists of side-effects. (Why were these people so happy?)

The confusion took several weeks to settle down and it seems that the more I researched the DMTs the more the confusion symptom flared. Luckily, after we finally decided on which DMT was best for us the confusion abated somewhat.

The next symptoms were worry and anxiety. We wanted to share the news with family and friends, but we worried about the effect it would have on them and us. We were uneasy with the thought of how others would react:

Some of this did happen but it wasn’t as bad as we thought. We started with a few phone calls to family and then composed an email to the next group of those closest to us. Most were concerned but VERY supportive. It was like a balm to our souls and it eased the anxiety a bit. Pro-tip: surround yourself with the ones that support and care about you.

The next MS/AIFS symptoms caught us completely off guard, shock and panic! We had made a critical error when notifying our close family and friends via email. We did not ask them to NOT share the news with others. We weren’t exactly keeping it a secret, but it was still private, and we were not quite ready to go public with the news. Unfortunately, a few well-meaning people started posting links on social media about MS and tagging us or mentioning our names.

We had been outed!

At first, we jumped into action to do damage control. We frantically reached out to the people that made the posts and asked them to pull them down off of social media but then more appeared from different people...

and then others started to respond...

it was spiraling out of our control...

We decided to go public so we could control the flow of information (or misinformation) about my condition, how we were doing, and what we needed. This turned out to be a blessing. We were met with an outpouring of supportive messages, offers to help, and connections to those that had already been diagnosed to help us with the transition into this new life with chronic illness.

Many of the symptoms of MS/AIFS are brought on by lack of knowledge. One of the steps I take to control my MS/AIFS and to help others that may have it, is to take on the role of OMS Ambassador and MS Activist. In these roles I try to gather and share information to educate myself, the MS community, and those that know & love those with MS. Being an OMS Ambassador has also enabled me to grow my support community through our circle. I have learned so much from our members. Their experiences, insight and wisdom from the ‘been there, done that club’ have been invaluable.

MS/AIFS, like MS, seems to be a chronic condition but fortunately it is only at its worst when it is first diagnosed, then the symptoms seem to ease up and are manageable. We still have it but now it only flares up occasionally, usually when my MS flares too and sometimes at holidays or large family gatherings. We now know what the symptoms are and are able to deal with them pretty quickly by applying some logic, research, me, and an occasional margarita. 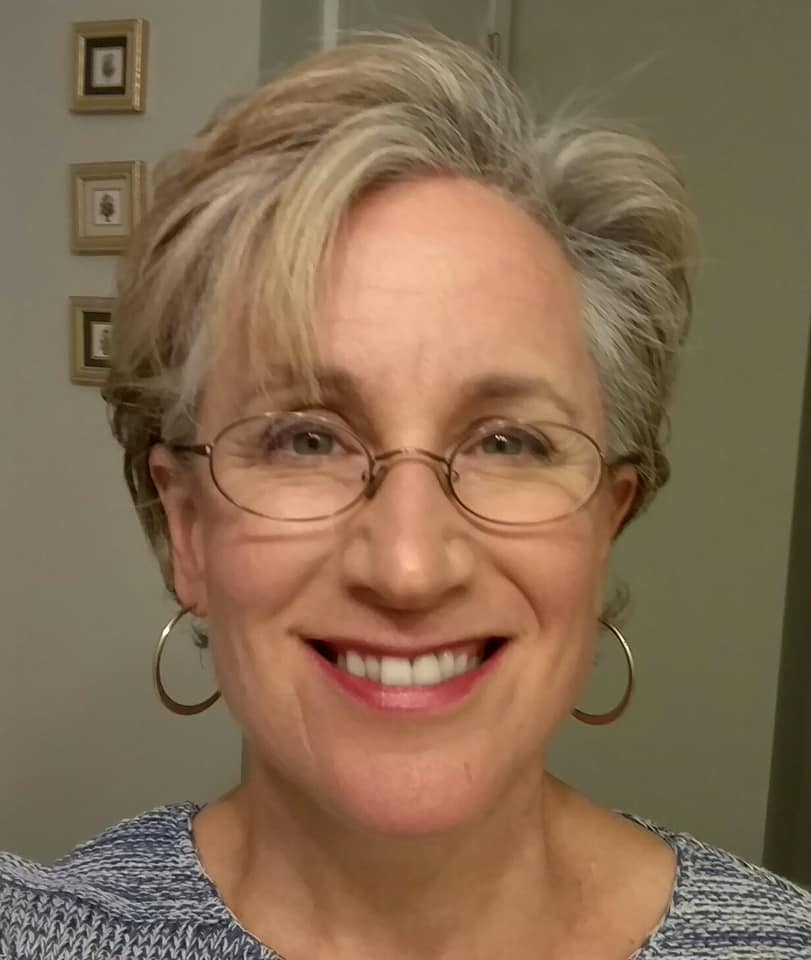 Vickie Hadge is an Ambassador for the Manchester area of Connecticut, US.

Gd morning Vickie. I don't have MS myself but happened upon your site because if my extreme anxiety during an MRI attempt. I totally panicked & had to rebook.. Then I found your videos & it made all the difference. I successfully made it through an hour in the MRI tube.
Many thanks for your assistance.

I was listening to an email that came this morning & am looking forward to making the yummy soup. You mentioned mindfulness & that you had attended a retreat. I can't seem to access the information again & would appreciate the name & contact information. If you would send this to me it would be greatly appreciated.
Thank you so much for all you do.

The 34 yr old don of a friend was recently diagnosed with MS & I have forwarded your info to her to help her understand the diagnosis & all that is entailed. She is most appreciative to have a better understanding & be able to help her son., esp. guiding him toward adopting a more healthy diet.

Hi Margaret, thanks for the kind words! I attended a retreat the the Copper Beech Institute in West Hartford, CT. They are offering some online programs now too! Best of luck and thank you for the referral.

Getting back on track with OMS

Yulia is the first OMS Ambassador in Israel. Based in Jerusalem, Yulia received an MS diagnosis three years ago and has since been following the OMS lifestyle to maintain an excellent life.
Dislike 0
0 Likes
12

Hamburg Ambassador, Linda, shares her story of diagnosis, finding OMS and then finding a new passion and turning it into a fundraising project for OMS.
Dislike 0
0 Likes
0

A Tale of Two Lives, Before and After an MS Diagnosis

OMS Ambassador, Roy, shares his story of life before diagnosis and life since. Living in Auckland, New Zealand, Roy actively ensures that his emotional needs are being met to maintain a positive mental health.
Dislike 0
0 Likes
2