Stop Looking For The ONE Thing That Will Cure You

Shannon Harvey discusses why, when managing a chronic illness, its important not to get so focused on one specific aspect of health that the bigger picture is forgotten.

I gave a talk last week to a group of lovely women who wanted to know more about what I’ve learned from interviewing dozens of scientists about the connection between our mind, body and health, and what changes I’ve made in my life in order to get well and stay well after I was diagnosed with an autoimmune disease.

Afterwards, I invited them to ask questions and there were two things that struck me about what happened next.

The first (and this is something that always strikes me when I talk at events) is that no one is safe from the chronic disease epidemic.

In an audience of 50 women, every single one of them had been touched by it. If they themselves didn’t have a chronic condition such as cancer, diabetes, chronic migraines, aches and pains, fatigue, or depression, then someone they loved did.

This is not surprising. The reality is, we’re living in the age of chronic disease. According to the World Organisation there’s more than a one in two chance you’ll end up dying with a chronic illness, and one in four people have two or more chronic health conditions.

They wanted to know what my thoughts were on things such as dairy, gluten, sugar, meat and specific vitamins and supplements. (Read my blogs 'Can We Say What Diet Is Best For Our Health' and 'How The Microbes In Your Gut Influence Your Health' if you’d like to know more about my response).

As a health journalist, I’m used to getting questions about diet. And for good reason. There’s little doubt that diet is one of the most important influencers of our health. Insufficient fruit and vegetable intake is among the top ten risk factors contributing to mortality worldwide.

My diet helps me to be symptom-free

Indeed, I consider the whole-food, plant-focused diet that I eat to be a major part of the reason I’m symptom free and don’t require medication for my illness.

A few years ago I came across a piece written for the online wellness website Greatist by Diana Castaldini called 'Why Going Organic Was the Most Expensive, Frustrating, and Worthwhile Thing I’ve Ever Done for My Health.' In it she describes how in order to treat her incurable autoimmune disease, she shelled out the equivalent of four months’ rent for an appointment and dozens of tests with a functional medical expert.

The doctor she saw recommended that she overhaul her diet by eating as much organic food as she could afford, and cutting out gluten and dairy. To do this, she had to dip into her savings and subsequently “blew through them”.

She also described how dining out with friends “sucked almost every ounce of fun out of the experience” because she “was always the most high-maintenance eater in the room, turning ordering at a restaurant into an Olympic endeavor.” Castaldini’s story really struck me because I could relate to her experience.

As I wrote in my blog post 'How To Be Healthy When Everyone Around You Is Not', in an age when junk is called “party food,” when “if you snooze, you lose” is the mantra of those we revere, and when the ancient practices of mindfulness and meditation are considered “new age” hippie ju ju, sticking your head up and doing things differently can be lonely, expensive, and stressful.

But my point is that sometimes we become so focused on just one aspect of our health, we lose sight of the bigger picture at the expense of other areas of our health that are equally as important.

I googled Castaldini to see if she’d written anything recently and discovered that she currently has a Go Fund Me page asking people to help her cover her medical expenses, so it’s clear that her health is still a work in progress. (I’ve emailed her to see if she’d like a free copy of my film and book.

Fingers crossed she responds.) I want to make it clear that I’m not arguing that seeing someone like a functional medical doctor is a waste of money, or that people don’t improve their health significantly after they’ve worked out a specific trigger for their illness, but if there’s one thing I’ve learned from the dozens of interviews I’ve done with scientists on the front line of trying to solve the chronic health epidemic it’s that in most cases, when it comes to complex chronic conditions such as autoimmune disease, heart disease, diabetes, obesity, cancer etc, there is no one thing that lies at the root cause.

All the myriad factors of my condition

When modern medicine fails us, we want to blame it on gluten, or dairy, or a vitamin deficiency, or some other micro-component of life because its often the most straight forward explanation. In many ways, I wish that my recovery was as simple as just focusing on my diet, then I could have ignored the fact that other areas in my life (stress, emotions, sleep, exercise etc) were way out of whack.

When I consider the work of the experts that I featured in my documentary The Connection, who are showing in published academic papers that their programs can significantly help people with chronic disease, such as Dean Ornish’s program from heart disease, George Jelinek’s Recovery Program for multiple sclerosis and Herbert Benson’s mind body programs, there are a number of things that they all have in common:

• People shift their diet to include more whole foods and fresh fruit and vegetables.

• People are taught to integrate movement and exercise into their every day lives.

• They’re taught how make meditation and mindfulness a habit not a chore.

• They’re taught about emotional balance and to change the way they view stress.

• They’re also part of a supportive community. In other words, their foundation is taking a whole health, whole life approach to getting better.

When I look at my own health crisis, I now know that I got sick because of a perfect storm. I had a genetic predisposition to runaway inflammation, poor diet, poor sleep, chronic stress and I was taking on the emotional problems of others as if they were my own.

It wasn’t until I stopped looking for the ONE thing that was causing my illness and started looking at ALL the areas in my life that needed attention, that my health really started turning around. 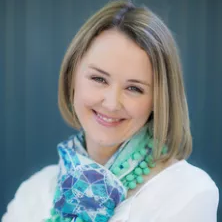 This article first appeared on The Whole Health Life has been republished with permission from the author, Shannon Harvey. Shannon is a journalist, film maker and the director of The Connection, a film about how frontier research is proving that there is a direct connection between your mind and your health.

"OMS gave me a sense of hope and empowerment"

Nikita, from NSW Australia, has been following the OMS program for three years. She shares her journey from her initial diagnosis and being fearful of her future to finding hope through OMS.
Dislike 0
0 Likes
0

Four years on - from diagnosis to disability to healing

"OMS has allowed me to take control of something I initially thought I had no control over." Simonne shares her story after following the OMS program for four years.
Dislike 0
0 Likes
0

Veronique challenges herself for OMS

On the 12th of May, I woke up with a smile. The previous night, I had finally reached my fundraising target of £1,000 and I felt prepared for the Lagos half-marathon. I was happy!
Dislike 0
2 Likes
0