Life is full of surprises, some good, some bad. Marilyn McArthur writes about how being mindful of our initial reactions and attitude in dealing with surprises can change the overall outcome of a situation.

“This is a surprise that I don’t like,” Mother Bear said, when their tin lizzie broke down by the side of the road. In our old copy of Little Brown Bear and His Friends by Elizabeth Upham, Little Brown Bear crowed that he liked surprises – all shapes and sizes! Now Mother Bear slumped on a log at the side of the road and begged to differ; she didn’t like this one. After all, it ruined their picnic plans.

The same words popped out of my mouth the day our old yellow station wagon chugged to a stop on a freeway overpass. Summer vacation was over, and we were halfway home in a used car stuffed with fresh fruits and vegetables, bathing suits, coolers, and sand.

The man of the family left on foot to find one of those emergency call boxes at the side of the road into which you yelled, “Help!”, in the days before cell phones.

Meanwhile the children and I waited in the stalled car, breathing exhaust fumes in the breakdown lane while traffic sped by, rattling us like a tin can. My view from the front seat of the now un-air-conditioned vehicle was nothing but sharp, hot sunlight glinting off glass and metal in all directions.

They say you may experience sharpened vision when under acute stress. Before I had a moment to think, I turned to reassure the three little ones enthroned in car seats across the back seat. Out came Mother Bear’s words, “This is a surprise that I don’t like.” “Oh, okay, we get it,” the kids seemed to shrug, and they turned to watch the traffic whizz by.

With the news delivered by way of familiar words from a favorite story, they understood we were in our own version of Little Brown Bear’s adventure. Therefore, of course everything would work out all right. And just like that, a calm fell over the proceedings.

Moments like this stand out in memory. Shocking moments take over with a naked force that can cause all other concerns to drop away. Maybe that’s why they are memorable, since there is absolutely nothing else going on that you can remember.

Your full attention is there, and you know just what to say or do. That can be another feature of acute stress, a razor-like focus.

There is genius in Mother Bear’s formulation, I realized some years later. Like a well-schooled meditator, Mother Bear separates out two things we usually do not; what is happening at the moment, in this case, 'Whoa! A surprise!' and the sudden reaction to it, in this case, 'I do not like it.'

"There is genius in Mother Bear’s formulation, I realized some years later. Like a well-schooled meditator, Mother Bear separates out two things we usually do not; what is happening at the moment, in this case, 'Whoa! A surprise!' and the sudden reaction to it, in this case, 'I do not like it.'"

Calling attention to the obvious had the effect of short-circuiting any whining on anybody’s part. It is what it is, Mother Bear had signaled; not what we planned, but we will have to deal with it. Then she noticed and named her reaction to it, the judgment, 'I don’t like it'. That took the wind right out of its sails.

Just being aware of our reactions can drain the drama right out of them. Mother Bear’s example led the way; we took what came next one step at a time. You could say we were in the present moment.

It was a remarkably safe space to be. The five of us squeezed into the cab of the tow truck, I don’t know how, and soon we arrived at a little garage under the highway that was open on a Saturday afternoon.

Its dingy waiting room had comforts for us: ice-cold air conditioning and blue Smurfs on the television. Sometimes I find waiting strangely easy, such as when I keep a bedside vigil at a hospital, or when I would sit in a rocking chair all day with a baby in my arms, waiting for its fever to break.

I actually kind of enjoy giving myself over completely to situations like that, when the importance of the present moment dominates, and gives you outright permission to table all other concerns for the time being. Not lending brain power to anything else, we found we had what we needed at hand, pizza from a place down the block and the newspaper from a minimart.

The toddler twins worked diligently to turn the metal key of the old gumball machine, and sometimes they were rewarded with candy down the chute. Their brother stared glassy-eyed at an unparalleled cartoon feast.

The day played out in a strangely effortless mode for me, relaxed and alert at the same time. Ordinarily I am not nearly as sanguine or easily satisfied. I had to train myself not to fume at long red traffic lights.

I can spend the whole day impatient, wishing things were different and judging every little thing. In meditation, this is called resistance: resisting the present moment, the way things are.

I learned about present moment mindfulness a few years after the incident on the overpass, when I was diagnosed with multiple sclerosis. Mindfulness meditation involves practice finding the little gap that Mother Bear did – the present moment, itself a world full of thoughts, emotions, and sensations – and pausing there before responding to a situation.

"I learned about present moment mindfulness a few years after the incident on the overpass, when I was diagnosed with multiple sclerosis. Mindfulness meditation involves practice, finding the little gap that Mother Bear did – the present moment, itself a world full of thoughts, emotions, and sensations – and pausing there before responding to a situation."

It cuts down on the knee-jerk reactions, like “OMG! This is horrible!” and also the wild speculation that ensues, the spike in stress hormones, and all the fear and anxiety of a stress reaction.

You’d think a few nice breaths would do it, but in truth, it is so counter to our habitual reactions that it takes a while to learn to find the gap and dwell there for a while before responding. That is why meditation courses, groups, and friends are helpful.

It needn’t be only when we are overcome by extraordinary stress that we experience a clear awareness of what is going on and what is the right thing to do. The garage repaired the car, and it wasn’t too expensive. We arrived home tired, but not too worse for the wear. In the end, the day was not entirely unpleasant.

The kids do not remember the episode, but I do, whenever I sit across from a friend who is distraught over something that just happened to her. I’m a better listener now. That was a surprise, I respond, and watch her face relax into acceptance of the simple fact. And you don’t like it, I add. “That’s right!”, she agrees, smiling at the obvious, hiding in plain sight. What a nice surprise.

For more information on stress, try watching the following: 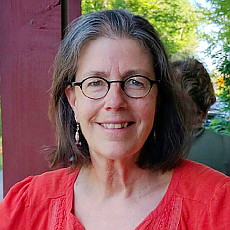 Marilyn McArthur, Ph.D., is a Mindfulness-based stress reduction (MBSR) instructor in the US. Meditation is one of the central elements of the OMS Recovery Program, alongside diet and supplements, exercise, vitamin D and, if need be, medication.

The importance of reducing stress

November 4th marks National Stress Awareness Day, so we would like to take the opportunity to reflect on the importance of stress reduction, especially for those who have MS.
Dislike 0
0
1
Login Register

Let Go Of The Banana!

Sometimes, the best way of achieving mindfulness is to know when to let something go, even when we really don't want to.
Dislike 0
0
2
Login Register

Coaching yourself to think positively and pursuing spirituality allows people with multiple sclerosis to properly start healing themselves both mentally and physically.
Dislike 0
0
0
Login Register