Watch: ABC Australia recently aired a segment in which two doctors, with multiple sclerosis, testify to the benefits of the OMS Recovery Program. 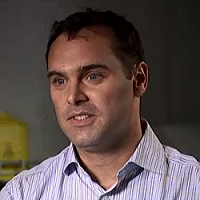 On March 14 2017, ABC Australia aired a segment in which two doctors, who themselves have multiple sclerosis, testify to the benefits of the OMS Recovery Program.

In the segment, British doctor Sam Gartland explains how he was forced to abandon his career as an intensive care doctor after being diagnosed with MS in 2008.

As a doctor, Sam believed in traditional medicine but when that failed to improve his symptoms he explored a more integrative approach, eventually turning to Overcoming Multiple Sclerosis.

After attending an OMS Retreat in Australia and adopting the Recovery Program, Sam's health improved. In 2012, Sam's MRI scans showed no clear evidence of MS. "One of the key things for me was looking at meditation and finding sort of clarity in my mind about what I needed to do to address this illness."

He is now living and practicing medicine in New South Wales, Australia. The video also features Dr Ginny Billson, one of Australia's pathologists and a founding member of Australian Skeptics.

Ginny was diagnosed with MS twenty years ago and was initially having relapses every two to three months. After five years of attacks, Ginny adopted the OMS Recovery Program and began to see improvements in her health. She hasn't had a relapse in the last 15 years.