“Your Mum has MS!” How a devastating diagnosis inspired a young student to give back | Overcoming MS Skip to main content
12 September 2017

“Your Mum has MS!” How a devastating diagnosis inspired a young student to give back

Associate Professor Tracey Weiland recently interviewed Lachlan Porter - a young third year Australian student who was inspired to help others after his mother was diagnosed with MS. 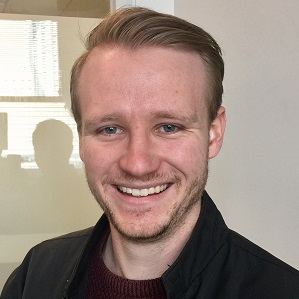 He stepped off the bus after a regular day at school. It was about 4pm. The hot afternoon Queensland sun was beaming down as 12 year old Lachie Porter gazed down his street. Dad’s car was at home. That’s strange. Dad’s never home before me.

He walked a little further and then saw his mum’s best friend’s car too. That’s a bit odd. A sense of foreboding came upon him. A feeling of urgency developed. His heart beating a little faster as he hurried towards home, trying to make sense of things.

And then the news broke: “Your mum has MS," Dad muttered, barely able to get the words out. It was like time stopped for a moment. Right there. Shocked. Devastated. His mind leaped to images of Grandma.

He had never known her, just the photos. MS claimed her life when he was just 4 months old. And now, not even a teenager, MS had affected his own mum. Like many people hearing about a loved one’s diagnosis, Lachie Porter has had moments of helplessness and concern.

These are now, for the most part, replaced by feelings of empowerment, inspiration, and fulfillment from doing something that may make a real difference to real people.

People like his mum. It was just over 10 years ago that he heard those words, “Mum’s got MS.” And while providing direct care to his mum was originally his first means to help, when Lachie Porter moved away from home to study at university, he soon found a longing to help his mum; a gap that he needed to fill.

Tracey: "As a busy 3rd year undergraduate what was it that inspired you to volunteer in research on multiple sclerosis?" Lachie: “It comes down to a family background of it. Grandma was diagnosed in her 30's and died from multiple sclerosis when I was about 4 months old. She had the progressive disease. Then about 10 years ago my mother was diagnosed with it. She has had the relapsing remitting form for a while so growing up I have always being involved with the disease and when a chance came up for me to do some research in MS I jumped at it.” “Prior to living away from home [for uni] for the past 4 years, I guess I was mum’s primary carer. Out of us four boys, I was often the one who was able to look after her, the one who was able to help her out. Being away from home for uni meant that I was unable to help. I had been her main carer. But when I moved away I was disconnected from her and unable to provide direct assistance. So this is my way of being able to contribute.” “We’ve always come from an environment of community service and giving back. Dad grew up in a small farming town where people looked after each other and helped out wherever they could. And growing up we were involved in [the charitable organisations] Lions, and St. Vincent de Paul.

Tracey: "So has there ever been a time in the past 10 years where you have thought 'Hey, what does this mean for me and my siblings…will we get MS?'" Lachie: “Yes. I have always had concern for my three siblings and cousins, especially the females who may be more predisposed to get it. I knew by age 14 or 15 that it could result in progressive disability. I was concerned about my little brothers having to care for mum and hoped there would be something I could do that would alleviate that [need]. MS is very much part of our lives, it has been a part of us for as long as we’ve known. My brother was only 4 when mum was diagnosed. He has not known anything different. It’s simply part of our lives.”

Tracey: "It seems that rather than sitting back and watching the disease affect your mum and the impact that caring has on your family, you have decided to tackle things head on do something." Lachie: “That’s exactly right”.

Tracey: "MS affects people in so many various ways. How does it affect your mother?” Lachie: “Ahh, she’s very good at hiding it. I think because she was diagnosed when we were younger she didn’t want it to affect us. For the most part you wouldn’t know she even had it… it does mean that we have to do a lot more planning. So if we have a big day we need to have a rest day in between. There are just some things that she is not capable of [doing].” “She’s had the relapsing-remitting type for 10 years and now is starting to go to a more progressive form; she now carries a walking stick which she uses when she’s fatigued. More obvious signs are starting to show. Fortunately we’ve been in a position where Dad’s job has meant she hasn’t had to work since having us four kids. She was a nurse before that, and Dad is a medical scientist.”

Tracey: “How did you hear about the Neuroepidemiology Unit at the University of Melbourne?” Lachie: “One of my aunties sent me an article that was published in the “Good Weekend” magazine published by The Age newspaper. It was a really moving story; beautifully written. It primarily featured Professor George Jelinek and mentioned the Neuroepidemiology Unit. At the time I was working and studying and not much else and felt I needed to do something [to help mum] so I emailed George not really expecting a reply. And the rest is history.”

Tracey: “What kind of research are you undertaking?” Lachie: I’m currently doing a systematic review where we review, collate, and critically appraise a broad range of literature. We are focussing on research that has explored biomarkers (such as lipid profiles) of people with MS, studies that have looked for abnormalities in these biomarkers in people with MS.”

Tracey: “How does this fit with your current degree?” Lachie: “There is no research component with the Bachelor of Science degree [at 3rd year level] so it gives me a chance to pick up skills in research. The autoimmune part of MS fits really neatly with the immunology side of my degree. So I think this [research] is a great supplementation to the degree. It’s helping me learn how to read scientific papers with a critical eye.”

Tracey: “In the longer term what do you hope with be the outcomes of the research, that is, how might it help people with MS?” Lachie: “I think if a lipid biomarker could be found that can assist with the diagnosis or progression of MS it may mean that treatment can start sooner, lifestyle changes can be started sooner, and we will be able to use these measure to quantify the progression of the disease and assess how well lifestyle changes are working.”

Tracey: “On a personal level, what do you hope to get out of the research?” “I’m already getting heaps out of being part of the group [at the Neuroepidemiology Unit]. The sense of giving is really fulfilling to me. Also, with respect to Medicine, it has helped me to take a more holistic approach in doing things…seeing the whole person not just the symptoms. Of course I’m getting lots of experience and skills which complement my studies. “But one of the best things is that since working with the Neuroepidemiology Unit Mum has opened up a lot more about her disease to me whereas previously she would put up a barrier and not really try to communicate; she just wanted us to grow up normally and not have it affect us.”

Tracey: “So I understand that you aspire to study medicine in the coming years, after finishing your undergraduate degree. Having had a close personal connection to someone with MS, as well as research experience I wonder how this may affect your approach to patients and medicine generally?” Lachie: “The plan is to go into medicine but I will reassess when the time comes, after a break. I’m keen to make a difference, whether it is on a small scale with one to one patient interactions or making a difference on a wider scale through research or policy. I often look around me and see people making a difference. Kind words here or there. A smile just when you need it.  A kind gesture from a stranger. The truth is we can all make a difference. Whether it be through directly assisting in research like Lachie does, or through spreading the word about how lifestyle can improve outcomes for people with MS.  It all counts. And it all adds up. It inspires hope and it brings us closer. So ask yourself: “What can I do that might make a difference?”  Thanks Lachie for inspiring us all to make a difference…