Sue is from Hampshire and was diagnosed with MS in 1989. However, she only found OMS in 2012 and after following the programme ever since she feels "so much better than I ever thought possible." Sue has become an OMS Ambassador in Hampshire, supporting others in the local area to follow the OMS programme. Sue was diagnosed with MS in April 1989, having returned to work after maternity leave feeling fine, when her son was six months old. She became incredibly fatigued and looked ‘like a ghost’, walking very slowly around the house. Basic things like tying shoelaces, writing or using her right hand became impossible. Sue had a brain scan in January 1989, but had no idea it could be MS.

Before social media, Sue relied solely on the medical profession mantra: “don’t tell, wait and see.'' There were no drugs for progressive MS. The MS Society sent leaflets advertising wheelchairs. She had heard of a cellist, Jacqueline du Pré, who died with MS aged 42. This resonated with her: do I only have thirteen years left? She thought at the time. Sue was the mother of a one-year-old child. She was scared she wouldn’t see him grow up.

Thanks to the fantastic, calming support of her husband, and later her son, Sue had a fulfilling career with IBM. She travelled alone to European sites and the USA. The MS was progressing, taking her energy, stamina and balance but it was relatively easy to hide in the early years. Sue attributed her limp to a minor car accident. She only told Occupational Health about her diagnosis when travelling and out of hours conference calls became too much. She couldn’t work enough to make up the hours spent sitting in her office with severe pain in her right arm and leg hoping no-one would come in. At this point Sue wasn’t walking far and had a blue badge.

She retired early in 2010; her life settled into a retired, disabled, routine. Sue became too tired to do much at all, sleeping for two hours every afternoon. She fell a few times, convinced this was her future, afraid of walking in case she fell again. She used a stick and a foot-up attached to her shoe to prevent tripping. Sue felt overwhelmed by increasing disability.

Sue found OMS in 2012, but felt too tired to adopt it all at once. She found parts of the programme such as Vitamin D, Omega-3 (flaxseed oil) and diet easy to adapt to. However, meditating took her two years to get to grips with, then exercise after that.

Sue’s symptoms were mostly sensory: pain, pins and needles, numbness; obvious to her when they stopped. No new symptoms appeared after the last one in September 2013, her “peak MS”. She was nine months into the diet.

Sue now walks 2.5 km with Nordic walking poles and can walk unaided while out shopping. She can get up from mat based exercises without help, and use escalators without fear of falling. She no longer feels the need to book aisle seats at theatres in case of the need to nip out.

"My mind is clearer. I prioritise more effectively, using far fewer lists or reminders. I remember recipes. I read novels again, having stopped years ago. I could go on…”

All of this has given Sue back her confidence. Life is more ‘normal’, to be enjoyed rather than simply survived. She feels in control of a progressive condition that is no longer progressing.

Sue’s neurologist says her MS is ‘better than stable’, greeting her at her annual review with his expectation that she will have improved again.

Alongside OMS, Sue sees an MS Specialist Physiotherapist regularly. She used to have appointments every 2-3 weeks, but they’re now 10+ weeks apart. The NHS ‘MS Fatigue Management Course’ also helped enormously with her late acceptance of MS.

"I know I’m still improving, every day. It’s not all perfect: debilitating fatigue followed a 'normal' infection last summer but now I feel so well again. In common with those I know who follow OMS, my general health is excellent.”

"The relentless fear finally left me last year. I no longer feel restless, chaotic and helpless, but capable and optimistic.”

After attending her first retreat last year, Sue become an OMS Ambassador working with fellow Ambassador Stephie to support the growth of the Circle in Hampshire. They started the group 5 years ago. 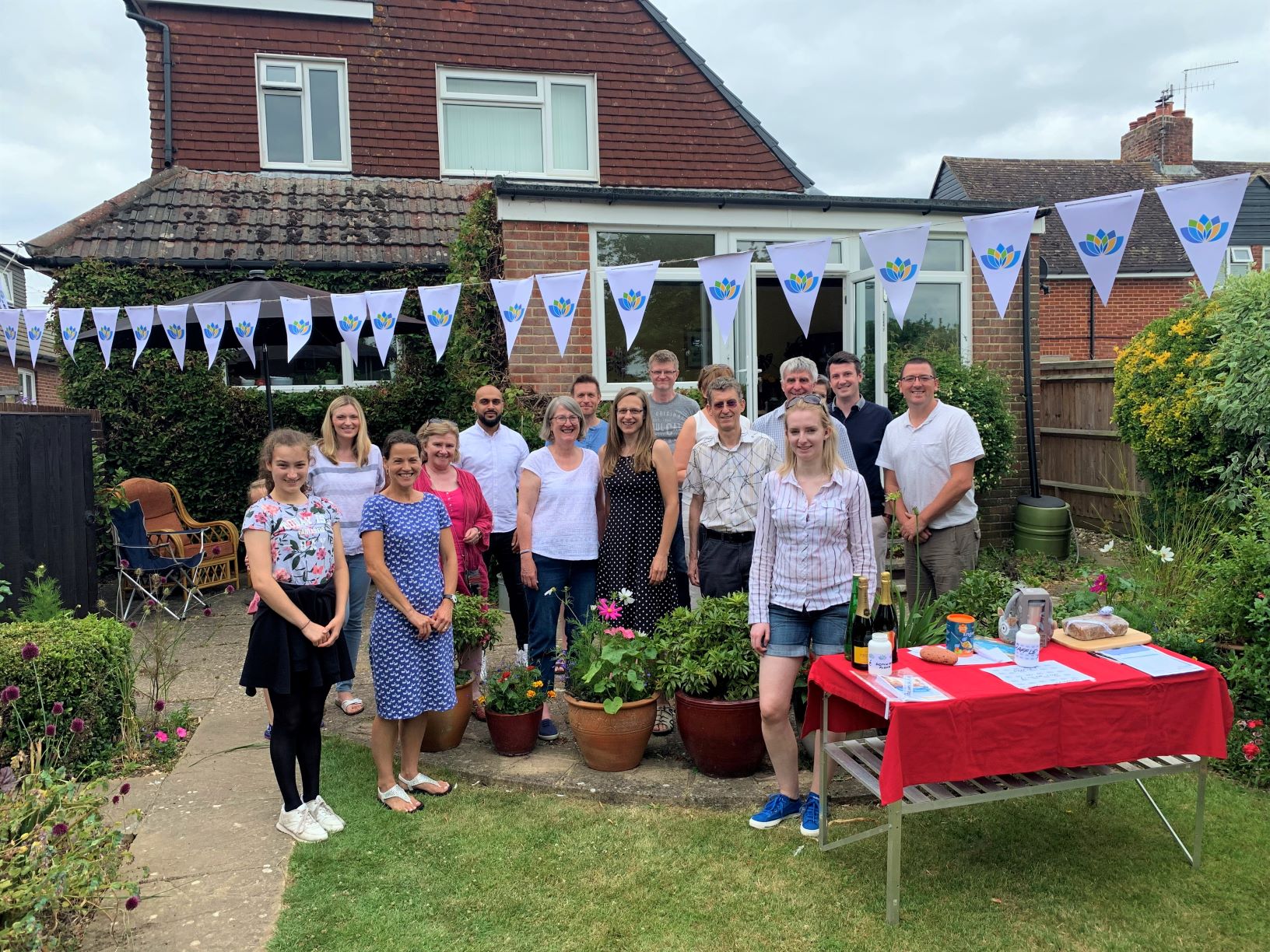 Sue feels like “support from others following OMS is invaluable - new recipes, tips, insights from our discussions.  I feel better for days afterwards; it’s a real boost to see others benefiting from the programme.”

"I feel so much better than I ever thought possible. I have some old symptoms, reduced in frequency and intensity. I'm working on my energy levels and mobility, but compared to all expectations 30 years ago, this is amazing! I have so much to thank George Jelinek for and everyone now working on OMS. I don't feel that I have MS, rather I had it and it peaked in 2013. I'm well-equipped to continue recovering, by following OMS for life.”

Sue has observed no new symptoms, nor any reason to see her GP for MS-related issues since her last MRI scan, nearly a year ago. Her last new symptom is now six years ago during what she describes as her ‘Peak MS’.  She has been following the OMS programme for nearly seven years and has now largely recovered from her main symptom fatigue using some extra physio and rest. It is 31 years since the acute episode that triggered her diagnosis.