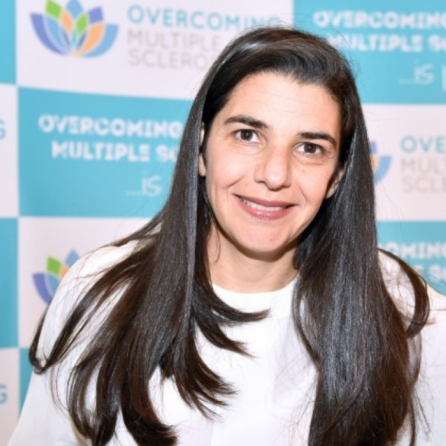 On this episode of Living Well with MS, we are excited and honored to have as our guest OMS Chair and charity Founder Linda Bloom, whose personal story arc – going from the depths of despair after receiving her MS diagnosis to finding and realizing a path of realistic hope to healthy life through the OMS Program – mimics the experience of so many members of the OMS community. Linda shares details of her personal story, along with how her journey informed and inspired her to launch a global charity that has positively impacted the lives of many thousands of people with MS around the world.

Linda Bloom is the Chair of Overcoming Multiple Sclerosis (OMS). A psychologist who specializes in counselling and hypnotherapy, Linda previously held positions at Monash University and the William Angliss Institute of TAFE in Melbourne, Australia, as well as working in private practice.

In 2002, she was diagnosed with MS following a significant relapse. After attending a retreat held by Professor Jelinek in Melbourne, Australia, she followed the OMS Program and attributes her own healing to this evidence-based approach.

In 2007, Linda moved to the UK where she recognized a gap in the provision of a lifestyle-based approach in MS management, and in 2011 began promoting the OMS approach. She established the OMS charity in June 2012.

She is passionate about empowering people with MS to take control of their own lives and hopes that the program will offer people with MS a new, but realistic way of regaining their health and improving their quality of life. Linda is married, has two children, and lives in central London.

If you’re looking for an inspirational read, Linda recommends The Gift by Dr. Edith Eva Eger

Linda is a big fan of The Connection, a documentary about the mind-body connection

On the next episode of Living Well with MS, launching April 12, 2021, join us for Coffee Break #15, where Geoff Allix travels (virtually) to Australia to interview plant scientist and plant-based nutrition advocate Rebecca Stonor. Tune in and bring a new shade of green into your life in this lush interview.