On a November night in the middle of busy London, Overcoming MS supporters from across the country ignored tube strikes and traffic chaos to come together to celebrate the many achievements of the last 10 years, and the life-changing reality of the Overcoming MS program.

The event took place almost 20 years to the day since Overcoming MS President and founder of the charity, Linda Bloom, began her own MS journey. Diagnosed at the age of 28 in her native Australia, initially unable to work and in need of 24-7 care, it was Linda’s older sister who first discovered the work of Professor George Jelinek. She read Professor Jelinek’s book Taking Control of Multiple Sclerosis to Linda, introducing her to what would become known as the Overcoming MS program.

Having been diagnosed with MS himself at the age of 45, Professor Jelinek’s ongoing research had already shown the many benefits of his program. His message was that, by embracing a healthy, plant-based diet and making a number of lifestyle changes – including taking regular exercise, practicing meditation, and supplementing with vitamin D, as well as taking medication as needed – it was possible for someone with MS to enjoy a happy, healthy life.

This message resonated with Linda and she embraced every aspect of Professor Jelinek’s program. Seven years after her initial diagnosis, an MRI scan revealed that Linda no longer had any MS lesions. The Overcoming MS program had changed her life – and within a few years, the charity she went on to establish would change the lives of thousands of others.

The creation of Overcoming MS in the UK started when Linda realised how little was known about Professor Jelinek’s evidence-based program outside Australia and New Zealand. She began with a very simple aim: to share information about the Overcoming MS approach, a synthesis of over 1000 research papers collated by Professor Jelinek which identified a positive correlation between specific lifestyle factors and improved outcomes for people with MS. And so, in 2012, the now-global Overcoming MS charity was born.

Today, Overcoming MS has a global community. With tens of thousands of people committed to following the program, and support groups – known as OMS Circles – established in 28 countries, Overcoming MS has created a network that stretches across the world, giving people who have been diagnosed with MS practical support and something even more important - hope.

This month, Overcoming MS trustees, staff, facilitators, ambassadors, healthcare professionals, donors and supporters all came together to look back on the achievements of the last 10 years. The very special gathering included a recital by pianist Fabio D’Andrea whose incredible work brings important issues to the fore through music and film.

Professor George Jelinek recorded a personal video message, commending the courage and commitment of the Overcoming MS community, many of whom have taken a leap of faith by placing their trust in the program. Alongside the support of family members, friends and healthcare practitioners, the Overcoming MS program offers a lifeline of hope at a point when sometimes there is none.

Professor Jelinek also reflected on the huge strides that have been made in the last 10 years in terms of wider understanding of Overcoming MS’s evidence-based approach, as the importance of lifestyle interventions have become increasingly understood in health and research circles. Citing a recent editorial in the prestigious American Journal of Neurology that acknowledged a healthy diet as an adjunct intervention for the treatment of MS. “How extraordinary to see that in the tenth anniversary year of Overcoming MS as a charity,” he said.

Speaking at the anniversary event, Overcoming MS Charity Founder Linda Bloom in turn thanked Professor Jelinek, saying: “I can't thank George enough for what felt to me like saving my life – by giving me hope.” Reflecting on ten incredible years, Linda also thanked those who have supported Overcoming MS since its earliest days.

Of her own MS journey, Linda added: “For me being diagnosed with MS was the catalyst for sharing the power of lifestyle interventions to the global community, and I must say wholeheartedly I feel so blessed to have been given the opportunity to do so.”

The event was an opportunity for the Overcoming MS community to come together and celebrate, after a busy and productive anniversary year. With a number of exciting opportunities to spread the word about the Overcoming MS program coming up in 2023, it was a great moment both to reflect on what has been achieved and to look forward to the future.

Watch the highlights from the night here:

Photos from the night: 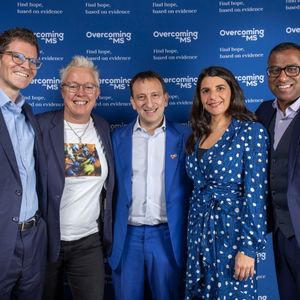 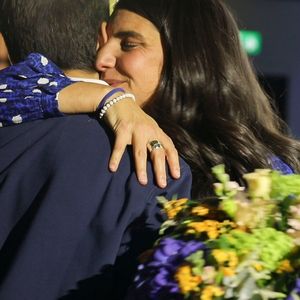 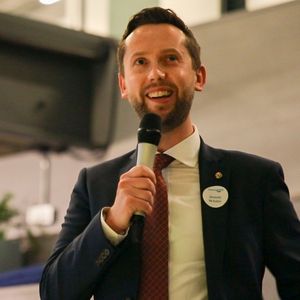 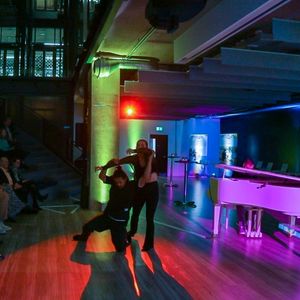 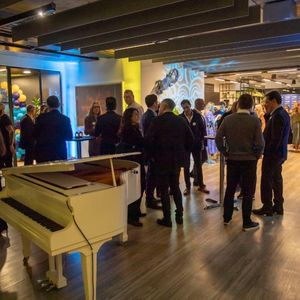 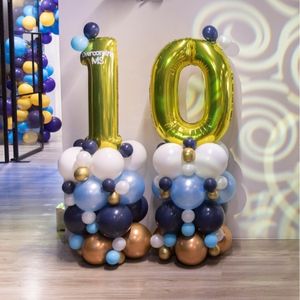