The Changing Role Of Sport That Came With My MS Diagnosis

Siobhan's MS diagnosis ended her Gaelic football career, but changing her approach to sport has allowed her to regain her competitive spirit.
Personal story 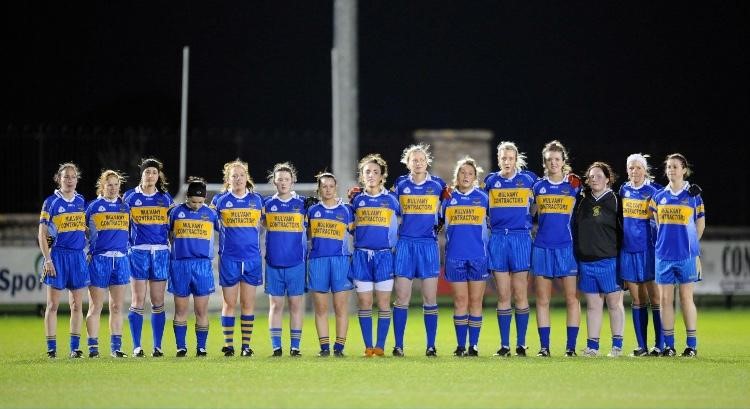 I have played the sport at club and inter-county level since before I can remember; my whole life essentially revolved around football.

I was incredibly lucky to have been part of a very successful team where the climax of our sporting year was very often the county championship final; by the age of 23, I had nine senior county championship medals under my belt, and my only plan was to continue adding to this collection.

However, in June 2016, my sporting career took a turn (for what I thought was the worst) when I was diagnosed with multiple sclerosis. At the time of my diagnosis I was suffering with severe balance issues and paraesthesia which forced me to take a break from football in the peak of our championship season.

I was absolutely devastated, but eager to return before the end of the season. After I recovered from my first relapse I attempted to return to playing, but unfortunately my balance was still causing me problems and has prevented me from playing football since. At the ripe age of 24, I felt I had been robbed of so many more years of football that I should have had ahead of me.

A different approach to sport

Adapting to life with MS resulted in several significant life changes for me, and although I acknowledged that football was no longer an option, I needed to find some sort of exercise that would keep my body strong and my mind clear. I have always been a keen runner but since my diagnosis, running has become so much more important to me.

Yoga has also become part of my regular routine, although I’m very much a newbie in this field. As well as keeping my body strong and healthy, I find that running and yoga are the best ways to keep my stress levels low. This is extremely important as meditation has always been the most challenging aspect of the OMS program for me; I find it incredibly difficult to switch my mind off and just relax.

I try to run at least three times per week and practice yoga as often as I can. However, my MS medication causes fatigue and flu-like side symptoms so I avoid strenuous exercise for two-three days post-injection. I am incredibly lucky to live near a running track but I try to vary my running terrain so that I don’t get bored. I don’t stick to a strict training plan - I do whatever my body feels like but I push myself as much as I can.

The role of exercise and sport has completely changed for me over the past 18 months; from someone who only ever strived for success to someone who now craves the peace of mind and stamina that I achieve through running and yoga.

However, I haven’t completely lost my competitive spirit; last year I began running in some local road races to feed my competitive nature and I am hoping to continue this in the coming year. I also took part in the VHI Women’s Mini Marathon in June 2017 and raised over €5,000 for Overcoming Multiple Sclerosis (OMS); something which I am very proud of.

Exercise is a huge part of the OMS program; and for me the key is finding some form of exercise that you really enjoy. As a young woman in my mid-twenties, I follow lots of fitness bloggers and enthusiasts on Instagram, and although they are great for ideas and routines, resistance and weight training isn’t for everyone. MS or not, find some exercise you enjoy, whether it's hiking, swimming or running - find what you love and it won’t seem like exercise.

Although MS may have prematurely ended my football career, it has opened me up to just how important it is to keep our bodies and minds strong and healthy through exercise and nutrition, and for that I am incredibly grateful.