My first inkling of multiple sclerosis came in 2001 when I had a pain behind one eye. The pain developed over a few days and a horrible darkness started to creep up from one corner.
Personal story 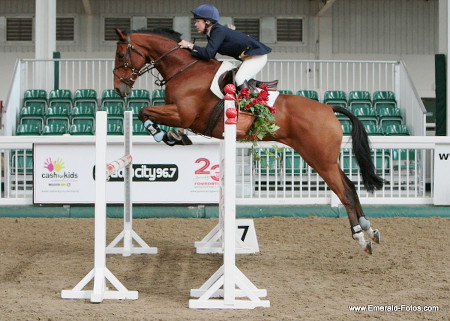 My first inkling of MS came in 2001 when I had a pain behind one eye. The pain developed over a few days and a horrible darkness started to creep up from one corner.

Convinced I was going blind, I lay in bed at night, crying and trying to do deals with whoever was out there – I would rather be a cripple than a blind person...

A guy I knew at the time was starting to struggle with his mobility. We compared notes - not the happiest conversation I’ve ever had. After a couple of false starts, I was diagnosed with optic neuritis.

The doctor in the eye hospital asked if I had any tingling or numbness. I said "no," and privately considered him a bit of a nitwit. "It’ll resolve itself in time," he said. And so it did, but not before I was completely floored and unable to get out of bed for a week or so. "Bad stuff, that optic neuritis", I thought.

Later, I Googled it and multiple sclerosis came up, line after line. "Rubbish search engine," I thought, although it was me all along that was the nitwit.

Life went back to normal which, for me, meant everything to excess. Because I was both superhuman and immortal at the time, I smoked, drank, ate rubbish and worked like a dog – all done with the compulsion of a mad woman. The only saving grace was that I was supremely fit – I work with horses and fitness comes with the territory. Fast forward seven years, during which time I quit smoking, quit drinking, got married to Mike, had a baby, grew up a bit and had a forced slowdown workwise because of having a little one.

Wading through the symptoms: pain

One evening, around 5pm, I developed an excruciating pain down one side of my face. If anybody ever tells you they have Trigeminal Neuralgia, give them your whole heart.

I’ve given birth without pain relief and broken multiple bones, but nothing has compared to this. A pattern developed and continued for months. At around 5pm, the pain would start until I rendered myself unconscious with pain killers.

The following morning, lucky old me, I could forget about it until tea time. The GPs were confused and plied me with antibiotics. I’d had a jaw reconstruction ten years previously and the metal plates, still at large, were blamed. I revisited my maxilla facial surgeon, a gentle squirrel of a man.

I took the only empty seat in the waiting room next to an enormous shaven-headed geezer who was handcuffed to a prison officer. Another officer lurked. The prisoner’s nose was missing, a recent event by the looks of it - the remnants didn’t look too great.

On balance, I decided not to compare notes. I’d rather have whatever I had than a missing nose. Lucky old me. A CAT scan followed and, although various theories were bandied about, nothing firm was diagnosed. The wrong tree was being well and truly barked up.

After months, the pain subsided and disappeared for good. Life went back to normal again – always tired and certainly always cold, but normal all the same. The only difference was that now, I had a bigger inkling.

My immortality and superhuman qualities had taken a serious wobble. I tucked the idea away somewhere where I didn’t have to think about it and carried on. Fast forward three years and my right arm started to misbehave. It was slow, stupid and dull, doing what I needed it to do, but only in its own good time.

I pulled my inkling out from its hiding place and dusted it off. ‘My arm isn’t working properly,’ I told my husband. ‘I think I’ve got MS.’ He agreed. He’d known for years. Much less of a nitwit than me then... I looked at the ground when he told me and thought all sorts of complicated things. I badgered my GP for a referral to a neurologist, which took some doing. After a couple of weeks, she relented and off I went to Liverpool’s finest brainery.

An MRI scan followed, during which I irritated the technicians with claustrophobic panic attacks. I was pulled from the tube, wild-eyed and gasping for air and we had to start over again.

All subsequent MRI’s have involved shed loads of tranquilisers and quite right too. I went back for the results and was examined by a chic Italian neurology kitten. She wore a really cool cardigan with mismatched buttons and I coveted it for myself.

She showed me my MRI. I was intrigued to see my brain, but not so impressed with the lesions spattered over it. Another immortality wobble. ‘This is your right arm problem,’ she said, pointing to a star that was bigger and shinier than the rest.

She talked for a while but I couldn’t hear her words. She confirmed the MS diagnosis and wondered at my calm demeanour. Calm on the outside, maybe! I drove home, with the promise of a referral to an even better neuro and images of a slow downhill slide that had already begun.

All thoughts of cardigan theft had disappeared and I was pretty much absent for the journey. I cried when I saw Mike and he told me that we’d find a way round it. I wasn’t so sure.

I had to wait quite a few weeks for my next appointment as Christmas got in the way. During that time, my relapse made itself at home.

I lost balance, I vibrated from head to toe, I couldn’t finish sentences, I forgot what words meant, I dragged myself around wanting only the next sleep, I had numbness and strangeness that I couldn’t countenance and, horror of horrors, I started to pee my pants.

‘It’s stealing things from me,’ I wailed, but my deepest fear was that it was stealing who I was. On St Valentine’s day 2012, I presented myself to my new neuro. He crushed me completely with bleak pictures, offered no hope and said he’d see me again in six months.

I was no longer superhuman or immortal – he’d made that official and I’m surprised that he didn’t send me out of his examining room with a certificate to prove it.

Sometime in March 2012, Mike showed me a website he’d found – Overcoming Multiple Sclerosis. Clearly, I didn’t recognise a life-changing moment when it bit me on the bum! Mike had read the site thoroughly and had bought in to the science.

‘You’re doing this,’ he said. ‘You’ve got nothing to lose.’ I looked at all the things I’d have to give up and nodded numbly. He left me no choice. The next day he took me to a big supermarket to shop for our new lifestyle. He dragged me round the aisles while I snivelled and said goodbye to all my favourite foods.

I was particularly pathetic at the cheese counter. I continued snivelling all the way home and developed a kind of internal hysteria. I was convinced that, by the time I got out of the car, my legs would crumple under me and I’d never walk again.

Of course that didn’t happen and what I really needed was a great big kick up the backside. Our neighbours gladly received our stock of chicken-wing dinners and whatever else had to go and we were set.

I found a new GP – a sweet bunny rabbit of a girl who looked around twelve. She promised me all the vitamin D tests I needed and we started a great Doctor/Patient relationship. I read George’s book and took heart.

I posted little self-pitying bleats on the website and was dusted off and set right by the then tiny OMS community. I ate fish, hated it, gave it up and became completely vegan.

While my health continued to decline a little, finally, I felt in control. Over the next year I read every piece of information I could find about the relationship between food, lifestyle and illness.

Settling into the OMS lifestyle

I was a diligent student and my daily intake was relentless. I became a food evangelist and bored anybody who would listen from my soapbox. My fervour was fuelled by what was happening to my body – a slow turnaround had begun.

The first improvement was my fatigue. I started with little bouts of energy which expanded over time. Four or five months after starting the lifestyle I was almost back to normal.

Other symptoms faded, disappeared, came back. New symptoms appeared, like an intolerance of noise and invisible wasps stinging my legs (imagine the nitwittery when I was swatting those away!), but these newcomers chose not to hang round for too long.

By the end of the first year I was left with the tingling, some numbness, a constant feeling of coldness and very little else. I exercised my brain daily on the Lumosity site and obsessively drove myself up to the 99th percentile.

I upped my vitamin D level successfully (living on Drizzle Island as I do, it took a lot of upping) and smiled nicely at my neuro when he ordered me to quit taking it.

I meditated each day even though I wanted to scream with the frustration of it. Most of all, I followed the eating plan to the letter. Not one deviation. Not ever. Fast forward just under three more years and here I am, writing a blog about my complete recovery!

I have no symptoms. I have withstood stress and a horrible ‘flu bug this year with no repercussions. I work like a dog again and love every minute of it.

I waved a final goodbye to my weasel of a neuro around six months ago. ‘There’s nothing more I can do for you,’ he said.

I took exception to the word ‘more’ and left him with the parting shot that, when the vitamin D theory is finally proven with whatever double-blind-blah-blah trials will satisfy him, he should remember me and my ‘inexplicable wellness’.

I have everybody to thank for my recovery, George, the OMS community (you know who you are!) and, most of all, my lovely husband who has supported me every step of the way. For me, one part superhuman and nine parts nitwit, food had never been so appetizing and life is as good as it gets.