A friend read somewhere that 'journaling' was really good for your health. I knew she meant well, so I readily promised her I’d look into it.
journaling

The other day I met up with a friend and she urged me to start keeping a diary. She’d read somewhere that 'journaling' was really good for your health. I knew she meant well, so I readily promised her I’d look into it. To be completely honest, my preferred response would have been "I really don’t need yet another to-do on my live-better-to-do list, thank you very much."

Picking up the pen?

But later that evening, despite my initial misgivings, I did start to wonder about this whole diary-writing thing. I had heard about the benefits of journaling (for general health, creativity, mental resilience) before.

And I also really liked the idea of a wise and old me (fingers crossed on both accounts) reading back and smiling on the silly and not-so-silly musings of my 30-something-year-old self. The diary actually played a big role in my life when I was growing up.

The rather eclectic mix of fact and fictional diaries I read (Jean Webster’s Daddy-Long-Legs, Anne Frank’s The Diary of a Young Girl and Sue Townsend’s The Secret Life of Adrian Mole aged 13 ¾) gave me my first glimpses into the exciting, scary and wildly confusing world I was living in.

So why hadn’t I ever managed to keep a diary myself? It wasn’t for lack of trying, that’s for sure. And I knew that there were many benefits to journaling. But I also knew that sometimes, life just gets in the way. And after many a brave attempt (buying a beautiful new leather-bound or sequenced-embellished notebook each time) I decided that keeping a journal was perhaps not really for me (and that it could be a rather expensive hobby). 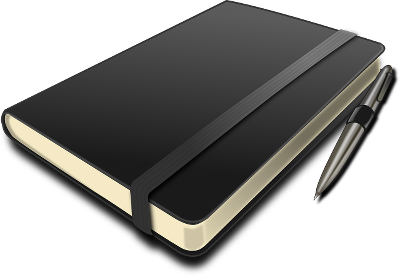 Obviously, this is NOT the conclusion of this post. In actual fact I did look into journaling more extensively after that talk with my friend.

And the good old Internet didn’t disappoint; I was greeted by hundreds of links to serious and not so serious articles on the benefits of keeping a journal.

One name that seemed to crop up quite a few times was that of Dr. James Pennebaker (from the University of Texas) [1].

Considered to be an expert on the health benefits of writing, Dr. Pennebaker believes that by writing about stressful situations, we can all reduce the impact they have on us, thereby positively affecting our physical health.

I was slowly coming round to the idea of journaling (yet again). I began to realise how regularly recording MS symptoms (and related feelings) can give real insight into patterns of the illness and overall state of mind.

I, for one, have found a direct positive correlation between starting on the OMS programme about six years after my diagnosis and my general physical and mental wellbeing.

And when, for a little while, I let some of the OMS ground rules slide a bit (the gym had become rather boring and cheese all the more enticing), I also noticed a direct deterioration in my condition.

If I had kept a diary back then, it could have served as a great motivational reminder to stick with it, especially in difficult moments. Two other articles I found particularly helpful:

My own conclusions and approaches

There are a gazillion different ways of keeping a journal (tips and tricks abound on the internet). You can, for example, make audio recordings, start a one-sentence-a-day journal, type your intricate essays and personal reflections on the computer or just jot down a bullet list of proud moments of the day (like going to the gym or refraining from eating cheese).

Whatever diary-form you choose, the important thing for a successful and long diary-keeping-life is that (a) the diary must be kept private and (b) it must fit you and your current circumstances.

As for me, even though this must be the 10th or 11th time I’m starting a diary, I’m convinced that perseverance will let me reap those writing benefits soon. [1] Dr. Pennebaker’s book Writing to Heal is apparently out of print, but he later co-wrote another (with John F. Evans) called Words That Heal (2014) and then I also found Opening Up by Writing It Down, Third Edition: How Expressive Writing Improves Health and Eases Emotional Pain (2016).