Exercise: where to begin and what to watch out for | Overcoming MS Skip to main content Exercise: where to begin and what to watch out for

As someone who works in the Health and Wellness industry I am always surprised, and saddened, by the behavior I see after the New Year.
Exercise

You might be surprised to hear that around 40-50% of gym memberships have a zero-percent attendance rate; that means, one has a gym membership and doesn't go. After the New Year, memberships spike considerably and attendance does too, but after three or four months, without fail, attendance is back to normal levels. You might ask: why would someone have a membership if they're not going to the gym?

Sometimes it's simply for their kids or canceling a membership is just too much of a hassle. But, more often that not, the answer is rooted in more psychological origins. Did you ever hear the story about the person who bought the fancy backpack and boots for that 'bucket list' camping/fishing trip, but never actually went? Selling or returning the backpack would be admitting the trip is never going to happen – which they can't do – so it just sits there in the basement collecting dust.

That is likely to be the origin of the unclaimed gym membership; people will continue paying because not doing so is the final defeat and they hope paying will finally push them to the gym.

It is so hard to make a major lifestyle change like joining (and continuing to go to) a gym. And, for people with MS, that stress can be even greater because the stakes are huge. So if you're having any difficultly whatsoever, you're in the majority!

Here are some strategies to make things easier. Often, when a person joins a gym for the first time or decides to embark on some new exercise program they are bombarded with messaging about how to get 'fit', or slim, or strong, etc. This process can be utterly overwhelming, especially for someone new to exercise. People will pore over videos and snappy advertisements of exercise programs to choose from, but don't realize that this is just resistance to beginning.

If you're looking to target a very specific aspect of your health – e.g., stamina, strength, or balance – you may want to consult a trainer or consider going down the YouTube 'rabbit hole' for some advice, but the vast majority of us are well-served by simply moving. So, if you want to specialize in one of the many exercise modalities, do so, but only if you're not stifled or intimidated by the process. Otherwise, it's best to simply get started and work on specifics later as you tailor your own exercise regimen and maybe discover aspects to your health you want to improve on.

Metrics are good – to a point

Metrics can go too far. It's great to monitor your distance, pace, or resistance as they give you valuable feedback, but don't let this information dominate your experience. If you ordinarily walk a half mile on the treadmill or outside, but feel a little more tired than normal, step aside and do something else. The 'race', if you will, is a lifetime not a single treadmill session.

Lots of people benefit greatly from joining a class or finding friends to exercise with. Classes are useful because not only will they provide structure and professional training, they will make you more accountable in the long term. The benefit is that people don't just feel committed to the program, but also to each other.

You could also find a friend who is at your fitness level to exercise with as this might offer more accountability and structure around your schedule. However, there's one caveat to this approach: be prepared to exercise on your own lest you end up quitting altogether. This happens too often: two people start a program together, one person stops coming because of some conflict, and they both disappear.

So, if you can find a committed exercise partner, great! It can be a really productive way to go. But don't wait for another person before getting started on your own journey.

We all know the dangers of delaying something we know is good for us and we often don't get around to it. If you're a morning exerciser, you may want to put out everything you need the night before, prep the coffee, do whatever will help, so that when you wake up you're more inclined to follow through.

If you prefer the afternoons, like after work, be sure to pre-plan for that transition by having what you need and food in your belly. Figure out what will be easiest for you and stick to it as best as you can.

As you get older this one tends to resonate more and more. If you don't do what you enjoy, it is almost guaranteed that you won't stick to it. Of course, depending on your fitness level, there can absolutely be some growing pains. If you're coming out of a bad relapse, overweight, or really struggling to maintain any consistent activity, any kind of movement might not be 'fun' for a while.

But, once you're feeling better and more capable of movement, do something you at least don't hate. That might sound a bit dramatic, but it's not. Too many people think that exercise has to be painful or awful. We hear it all the time on overzealous TV spots and from the 'no pain no gain' fitness elite.

Ashton Eaton is one of the world's top decathletes and when he goes out to train he often doesn't even know what he's going to do. He works hard, but he plays and allows his enjoyment to guide the intensity of the workout. This is a great philosophy - do what feels right, but also make sure you do something. So, as you get started or expand on your fitness path, try iterating, or 'prototyping' activities until you find things you like to do!

On the OMS program we talk about 30 minutes of exercise as a good amount. People often have this idea, for whatever reason, that they need one hour or more to call it a workout. Thirty minutes is plenty to have a productive session so long as you don't get distracted with TV or conversation.  Conversation is great for social medicine, but build it into your routine if you know you like to take extra time to connect with people.

Be wary of the plateau

Something that is very common: someone starts off, does great, is consistent, gets stronger and faster and then they hit a wall. What happens, especially for new exercisers, is the body neurologically adapts (irrespective of MS) and we see improvements very quickly. After a short period, once the body has adapted to the new stimulus (i.e., exercise), changes will arrive much more slowly.

This can be very frustrating and lead people to ask, "What am I doing wrong?" Most of the time, you're doing nothing wrong and plateauing is a positive indicator of solid work. So don't fret and be patient with the process. How to avoid the plateau cannot be answered quickly here, but, in short: mix it up, try not to do the same thing all the time, and be creative.

All movement is exercise

This was touched on a little bit above but the key points is that most movement is exercise. While twiddling your thumbs does technically burn calories, it doesn't really count as exercise. So Effortful and taxing movement is a better description, whether it's a walk outside, using bands for strength work, or a slow session on a recumbent bike.

If gyms aren't your thing, don't get stuck on the idea that you need to be in one to exercise – you don't!

One's capacity for physical exercise will usually mirror how MS manifests in us. In other words, some of us might have zero deficits, while others have difficulty standing even for seconds. It's critical to find ways to simply exert yourself. Hopefully, with the OMS program you will find yourself getting stronger and able to sustain longer workouts. 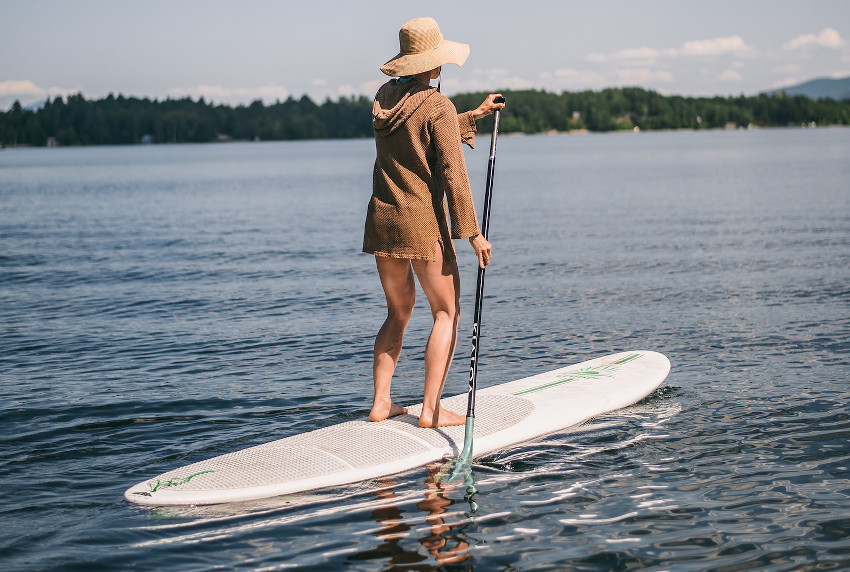