Slow and steady wins the race

A common question raised on the OMS forum is ‘how long will it take?’ How long until I am ‘cured’ of multiple sclerosis?
Personal story
Advice

A common question raised on the OMS forum is ‘how long will it take?’ How long before I start to see results of the lifestyle changes taking effect? How long until I am ‘cured’?

Professor Jelinek tells OMSers that they can expect to see results within three to five years. Some people see effects much sooner, others take longer. The thing to remember is that we are all different.

Just as everyone experiences MS in a unique way, so our recovery on this path will happen at different speeds. As with most people who are given a diagnosis of MS, I spent a lot of time searching on the internet for answers.

I initially came across the work of Roy Swank, on whose research Professor Jelinek’s OMS lifestyle is based.  I finally discovered OMS in October 2012, three and a half years after my initial MS symptom (optic neuritis) had presented itself.

A couple of weeks later, I found myself in hospital, paralysed from the waist down. Consequently, my OMS journey has been a slow one, in comparison, perhaps, to someone who has few invasive symptoms. In some ways, I am glad that I did suffer such a significant relapse early in my OMS journey, as it has made me more determined to stick with the lifestyle changes than I perhaps would have been had my symptoms not been as debilitating.

f you are lucky enough to have found this community before MS has really taken a hold, then stick with it. And if, like me, you have bigger hurdles to overcome, stick with it – the improvements will come.

'We live in a society that expects immediate results. If we’re ill, we visit our GP and expect to be given a magic pill that can cure us. If you are living with Multiple Sclerosis, you will know that this is not the case.'

We live in a society that expects immediate results. If we’re ill, we visit our GP and expect to be given a magic pill that can cure us.

If you are living with MS, you will know that this is not the case. Sure, there are disease modifying drugs out there which claim to slow the progression of our condition, and treatments such as steroids which can offer some relief from relapses, but, as yet, there is no cure.

Towards the end of last year, a Panorama documentary was aired on UK television: Can You Cure My Multiple Sclerosis?  The programme followed three MS patients receiving doses of chemotherapy to harvest their stem cells, which were then transplanted into their blood to ‘reboot’ their immune systems.

The treatment was aggressive; hair loss and isolation, followed by a lifetime of monitoring. I couldn’t help but notice one of these patients enjoying a steak pie. A new immune system will only stay shiny and new if it is taken good care of. 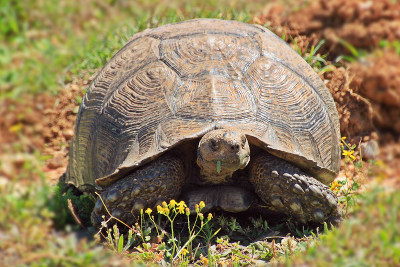 By following OMS we are slowly rebooting our own systems.

The results may not be as immediate as they would be if we’d had our immune systems ‘re-set’, but the dedication to the OMS lifestyle will surely make us respect, understand and appreciate our bodies more.

Whilst the stem cell treatment is an exciting prospect, we are still decades away from this becoming a regular procedure, and as the doctors in the programme confirmed, there are no guarantees.

One day at a time

Dedicating ourselves to the OMS lifestyle offers us real hope and a real chance of recovery. Rather like the tale of the Hare and the Tortoise, ‘slow and steady wins the race’.

Take things a day at a time, and remember to look back weeks, months, years, rather than days or hours, to truly appreciate how OMS is enhancing your life. Since I adopted OMS three years ago, I have experienced peaks and troughs in my condition, but every step back is generally followed by a higher peak.

On Christmas Day 2015, I woke to my third case of optic neuritis. I was disappointed to say the least. I had really hoped to reach my third anniversary of OMS relapse-free. But then I reminded myself, it takes three to five years to stabilise, and in comparison to my last relapse (March 2013, serious mobility issues) slightly blurred vision in my left eye didn’t seem that bad.

The mercurial nature of my MS

It is not unusual for MS symptoms to fluctuate almost daily, so it is important to keep an eye on the bigger picture. Improvements come in tiny increments. Just before Christmas I realised that I could perform two tasks that I hadn’t been able to do for almost three years – twisting an elasticated hairband round a ponytail, and tying a knot behind my back.

Neither of these things is going to set the world alight, but to me it was a tiny glimmer of hope that my MS is abating and some functions are being returned to me. Looking back several months, I realise that my balance is improving.

I still have off days (I recently fell flat on my face whilst out with friends), but these days are becoming the exception, rather than the norm. There are many stories on the OMS forum from people documenting their successful journey with OMS.

Whilst giving hope to those of us further down the line, it can also be frustrating for those of us who are still dealing with the daily struggles that MS throws at us.

Rather than becoming disheartened, take hope from these tales, re-evaluate your own OMS journey (I know that I could certainly tighten up on the exercise and meditation!) and rest assured that you are on the right path. It

might be a slow journey, but it’s better than doing nothing, right? Incidentally, my vision has now returned to normal following the optic neuritis flare-up. No medical intervention required!