What is Uhthoff’s phenomenon? | Overcoming MS Skip to main content Uhthoff's phenomenon or Uhthoff's sign refers to the worsening of multiple sclerosis symptoms that some people experience when exposed to heat.
Symptoms

Ever heard of something called Uhthoff’s phenomenon? No? What about Uhthoff’s sign? People with MS learn early on that their symptoms (such as fatigue, mobility issues, numbness, bladder problems and visual difficulties) may vary day to day, even hour to hour.

Some history of Uhthoff's phenomenon

And although it can be quite worrying if symptoms suddenly get worse, it doesn’t necessarily mean that a full-blown flare-up is on the horizon. There may be many reasons why a person with MS suddenly experiences a worsening of his or her symptoms; Uhthoff’s phenomenon explains one of them.

The phenomenon is apparently named after a German ophthalmologist called Wilhelm Uhthoff (1853 – 1927). According to the literature, Uhthoff was the first person, way back in 1890, to document MS patients temporarily experiencing worsened vision after exercise.

His conclusion was that physical activity is the direct cause of aggravated symptoms in MS patients. As a consequence people with MS were advised not to overexert themselves in any way. Oh how times change!

Ways of coping with Uhthoff's phenomenon

Fortunately, it turned out that Uhthoff’s conclusion was only part of the story. Scientists in the 1930s realised that aggravated MS symptoms were caused by heat exposure, not by exercise per se.

And once body temperatures fell, the symptoms usually calmed down too. This key nuance didn’t contradict Uhthoff’s observations or make them any less important.

In fact, his observations even formed the basis for giving people a diagnosis of MS (before MRI scans and lumbar punctures came into the picture, that is). It is hard to imagine that only five or six decades ago people were commonly tested for MS by means of various uncomfortable heat reaction examinations, including the so-called ‘hot bath test’. 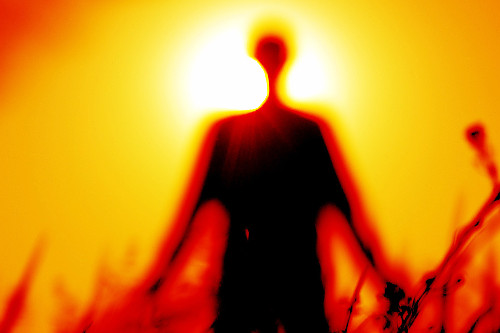 Heat sensitivity is of course a well-documented fact in the world of MS; many MSers notice that their symptoms are highly sensitive to changes in (body) temperature.

Even a small temperature increase can have a huge negative impact. This may be one of the reasons why some people with MS do not like to exercise as much as they could; it is just too unpleasant.

All the more reason to remember that the effect of Uhthoff’s phenomenon is temporary; symptoms should quickly settle down once temperatures go back to normal.

Cooling treatments such as taking cold showers or baths, using a cooling pack before and/or during physical activity can help ease these symptoms.

A lot has changed since Uhthoff’s time. For one, there is an increasing body of scientific evidence attesting to the importance of maintaining an active and regular exercise routine, especially for people with MS.

As such, training has always been one of the main pillars of the OMS Recovery Program. Uhthoff himself will have been pleasantly surprised to learn of the significant benefits of engaging in regular physical activity; improvements in walking, balance, fatigue, cognition, depression and general quality of life.

Whatever your level, the OMS website provides different exercises and ideas for getting you to move, in whatever way possible. So don’t let that something called Uhthoff’s phenomenon stop you from reaping the long-term gains of exercise.