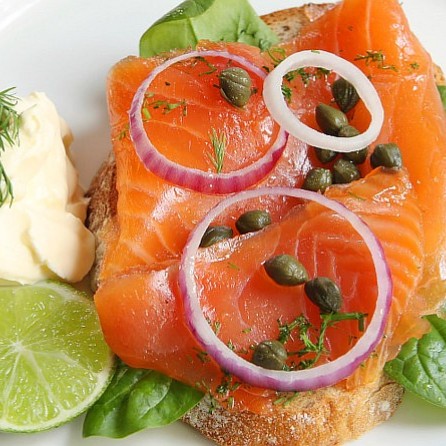 Excerpt
This simple delicacy can be used in a number of ways: on bread with avocado puree and a dash of flax seed oil, on mini savory olive oil scones as an apéro item. Based on an original recipe kindly sent in by Jack McNulty.
2 Days
Skill Level
Intermediate
Category
Fish
Main Meal

This simple delicacy can be used in a number of ways: on bread with avocado puree and a dash of flax seed oil, on mini savory olive oil scones as an apéro item, inside wraps using lavash or tortillas with plenty of avocado and sprouts, on whole wheat Irish soda bread, on buckwheat blinis (pancakes), on salads… or simply sliced and enjoyed au naturel.

The juicy texture and fresh aromas coming from the orange and herbs marry with that unmistakable hint of smoky whisky to create a taste sensation which has, quite frankly, replaced our fondness for smoked salmon. Gravlax originates from Sweden.

In its simplest form, it made by packing salmon filets in salt, sugar and dill for 2-3 days. The finished salmon is then sliced very thin like smoked salmon and served on crisp toasts with lemon wedges and some kind of sauce like a dill and mustard sauce.

Our version follows the same curing principle, but we add whisky and orange zest slices to the mix to infuse the salmon with a little bit more freshness and flavor. The basic preparation remains very simple and only requires a few minutes of your time. Curing takes a couple of days though, so you will need to plan ahead.

We believe the key to making a good gravlax is to get the sugar and salt balance correct. The salt works to draw moisture out of the fish, which mixes with the whisky and sugar creating a liquid brine. Through the process of osmosis, the brine flows into the salmon’s cells causing them to change or denature. Gravlax made without sugar is dry, tough and (not surprisingly) way too salty. So the sugar is necessary to balance the taste as well as create a softer texture. You can experiment with your own ratio to create a tougher or softer version.

Now… about that whisky. We’ve actually experimented with many different whisky styles in making the gravlax, which as you can imagine, was a difficult task indeed. We have used several varieties of Scotch whisky ranging from Highlands to Islay, and styles ranging from single malts to blended whiskies. The good news is they all work, but we think a mild Islay style works the best, especially one which will impart a small amount of smoke into the mix. Other alcohols to consider would include cognac, brandy, noilly prat or Pernod, but then you would have to change the name of course! 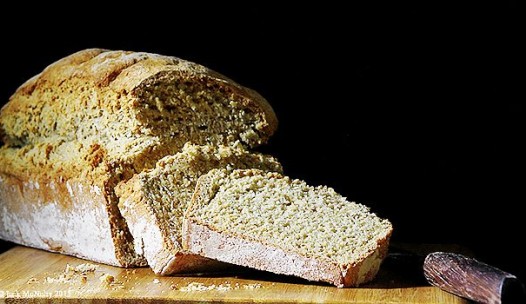 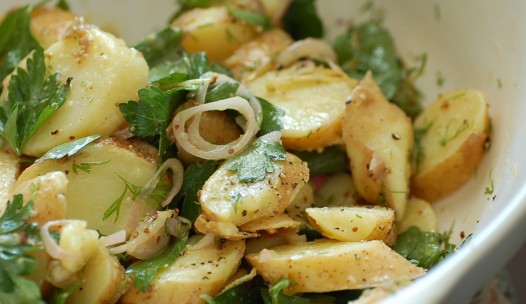 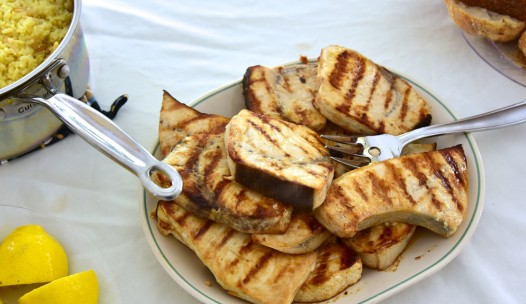 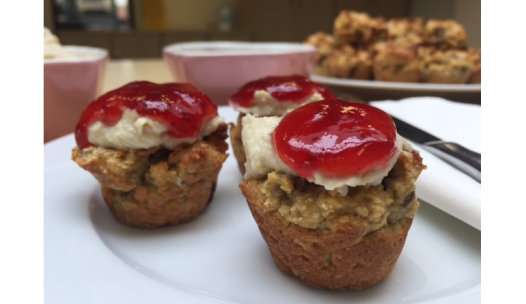